The lion is Africa’s best known carnivore. Once widely abundant across the continent, recent surveys show that lion populations have plunged from over 100,000 individuals to around 23,000 over the past century. The reason for recent declines? Lions are poisoned, shot, and speared by locals who see them as a threat to livestock. While lion populations in protected areas remain relatively healthy, conservationists say that without urgent measures, lions may disappear completely from unprotected areas.

Snares are set to catch lions both to “preserve” livestock, and to collect hides.

Big game hunters from around the world travel to Africa for a chance to take down the “King of Beasts” so that they can mount its head on their wall. 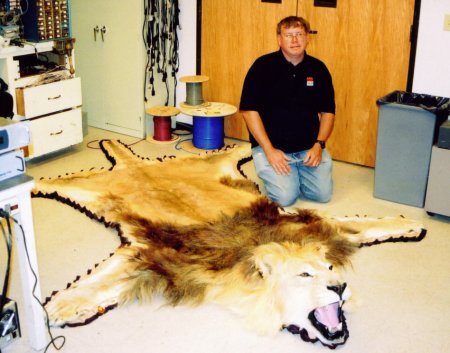