Gorillas are one of the four species of great apes that are the closest living relations of humans. It was about nine million years ago that the genus Gorilla split from humans and chimps. Today there are two species of gorillas, each containing two subspecies. The Eastern gorillas include the mountain gorillas and the Grauer’s. Eastern and mountain gorillas tend to have a more blackish coat than western gorillas. Mountain gorillas also have longer and thicker hair, which is adapted to their colder mountainous habitat. Grauer’s gorillas are the largest of the four subspecies. The Western gorillas include the lowland and Cross River gorillas. Typically, the western species tend to be brownish gray in color and have short, fine hair. 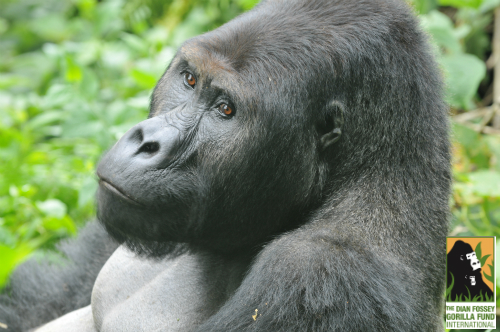 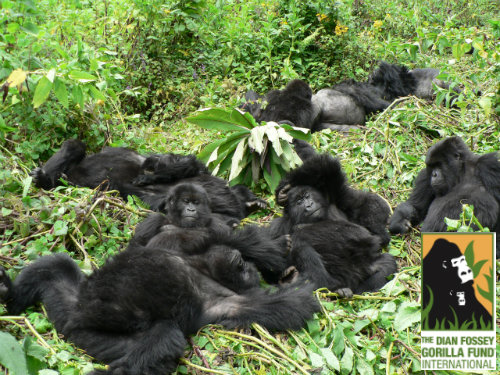 Adult male gorillas can reach 400 pounds, and females can reach about 200 pounds. The mountain gorilla diet is mostly plants like celery, nettles, bamboo and thistles, and they are quite particular about which parts of each plant they like to eat. Sometimes they also find ant nests and eat the ants, along with an occasional worm or grub.

Everyone who works with the mountain gorillas agrees that they are generally peaceful and gentle. Mountain gorillas can communicate in a variety of ways, including facial expressions, sounds, postures and gestures. When the gorillas feel threatened, they can make a variety of loud sounds, like roars or screams. And, of course, there’s the classic chest beating by male gorillas, which is used to show stature, scare off opponents or even to prevent a fight. 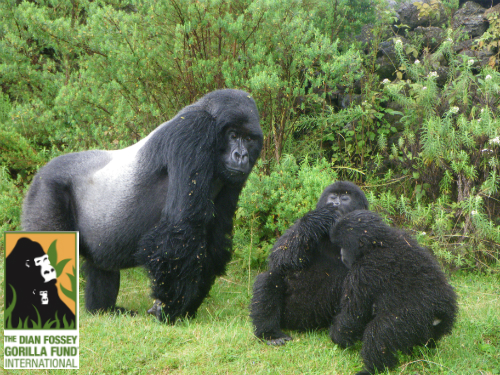 Most of the time mountain gorillas travel on the ground on all fours. They will distribute their weight on their knuckles as opposed to their palms, which is why it is called “knuckle walking.” Sometimes gorillas walk bipedally, but rarely go further than three meters on two feet.

Gorillas use vines, leaves and branches to fashion a rim around themselves and to pad the ground underneath them. They build fresh nests every evening in a different place depending on their daily travels. Each gorilla builds its own nest, but infants share their mother’s night nests. Nest counting is an accurate method used during censuses to estimate the number of gorillas. 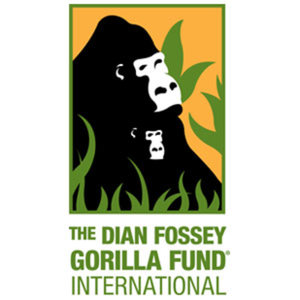