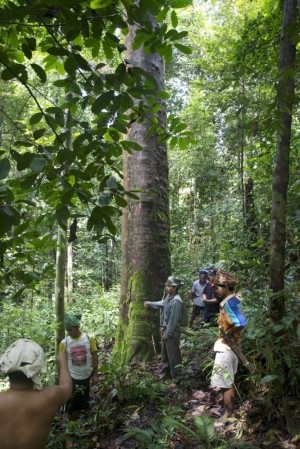 Asuy, Masrani, Singko and Sedan, leaders of Indigenous Peoples of Muara Tae, perform a ceremony to invoke the spirit of the Ulin tree to protect their forests (credit: EIA/Tom Johnson)

MUARA TAE, EAST KALIMANTAN: The fate of a Dayak community deep in the interior of East Kalimantan demonstrates how Indonesia must safeguard the rights of indigenous people if it is to meet ambitious targets to reduce emissions from deforestation.

The Dayak Benuaq of Muara Tae, in West Kutai Kabupaten, today face a two-pronged assault from palm oil companies aggressively expanding into their ancestral forests. Together with Indonesian NGO Telapak, the community is manning a forest outpost around the clock in a last ditch attempt to save it from destruction. 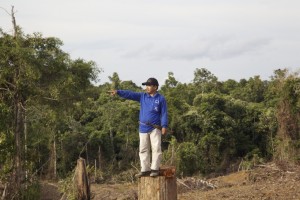 The London-based Environmental Investigation Agency (EIA) has witnessed at first-hand the Dayak Benuaq’s struggle, and how their sustainable use of forests could help Indonesia deliver on its ambitious targets to reduce greenhouse gas emissions.

EIA Forests Team Leader Faith Doherty said: “There are more than 800 families in Muara Tae relying on the forests for their food, water, medicine, culture and identity. Put simply, they have to keep this forest in order to survive. 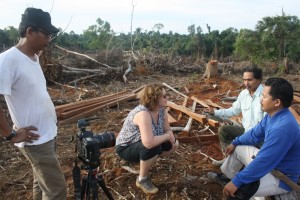 “The rhetoric from the President of Indonesia on curbing emissions by reducing deforestation is strong but on the front line, where indigenous communities are putting their lives at risk to protect forests, action is sorely missing.

“Giving these communities, such as the Dayak Benuaq, the rights they deserve is a vital step to reduce catastrophic levels of deforestation in Indonesia.” 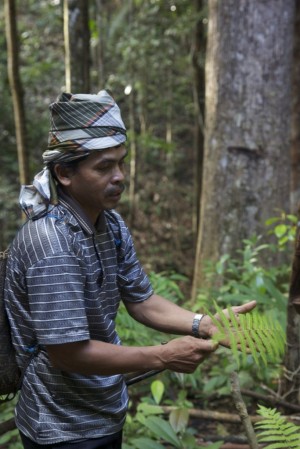 Medicine man Petrus Asuy shows one of the plants being grown in the community's forest nursery (credit: EIA/Tom Johnson)

President Yudhoyono has pledged to reduce carbon emissions across the archipelago by 26 per cent by 2020 against a business-as-usual baseline, alongside delivering substantial economic growth.

Plantation expansion will inevitably be a significant element of growth, but it has historically been a major driver of emissions and it is widely acknowledged that in order avoid them, expansion must now be directed to ‘degraded’ lands. 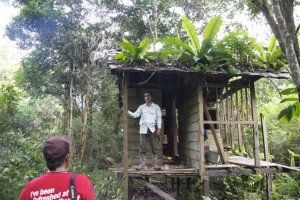 Petrus Asuy in his former forest home, where he lived for 12 years. It now stands some 100m from the edge of the plantation, and is to be restored to serve as a guard post (credit: EIA/Tom Johnson)

As a result of weak spatial planning, however, the forests of Muara Tae are identified as ‘APL’, a designation meaning they are not part of the national forest area and are open to exploitation. The theft of indigenous forests also raises serious questions as to what form of ‘development’ these plantations offer.

In indigenous communities such as the Dayak Benuaq of Muara Tae, Indonesia has perhaps its most valuable forest resource. It is due to their sustainable methods, honed over generations, that the forest even remains. 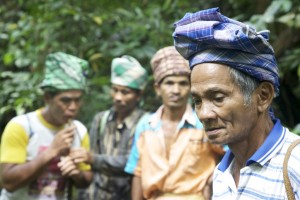 Telapak president Ambrosius Ruwindrijarto said: “Together with the community, we have not only been protecting the last forests but also planting new Ulin and Meranti saplings to enhance it. These people are the true guardians of the forest and their fate is entwined with it.”

Muara Tae has lost more than half of its land and forests during the past 20 years to mining companies. The impact has been tangible; the villagers’ water source has dried up and they must now routinely make a 1km journey to collect clean water. 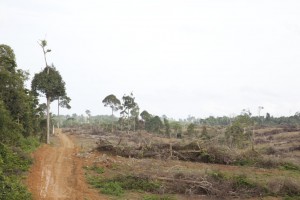 The remaining forest is home to a large number of bird species including hornbills, the emblem of Borneo. There are about 20 species of reptiles and it is also a habitat for both proboscis monkeys and honey bears. 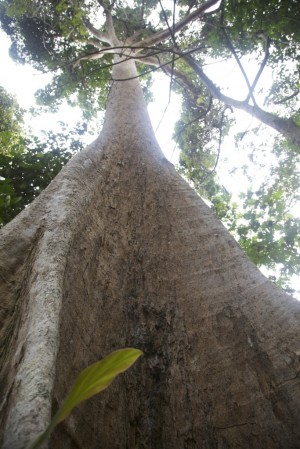 While the Norwegian Government has been instrumental in financially backing efforts to reduce deforestation in Indonesia through the REDD+ initiative, it has also invested in the parent company of PT MWJP through its sovereign wealth fund.

Pak Singko, a leader of the Dayak Benuaq of Muara Tae, said: “We are calling for help from people everywhere in protecting our forests and ancestral land. We are being squeezed from all sides by mining and plantation companies.

“This is the last remaining forests that we have and the only land we have to survive.  If my forests are gone, our lives will end.” 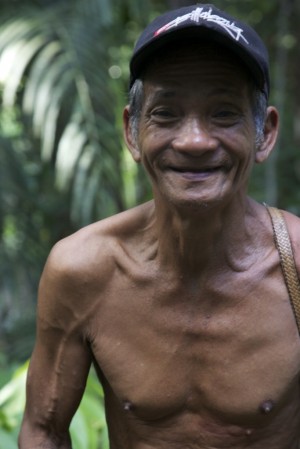 2. Telapak is an independent environmental organisation based in Bogor, Indonesia.  Visit here for more information.

3. Read further background to the conflict in Muara Tae here.