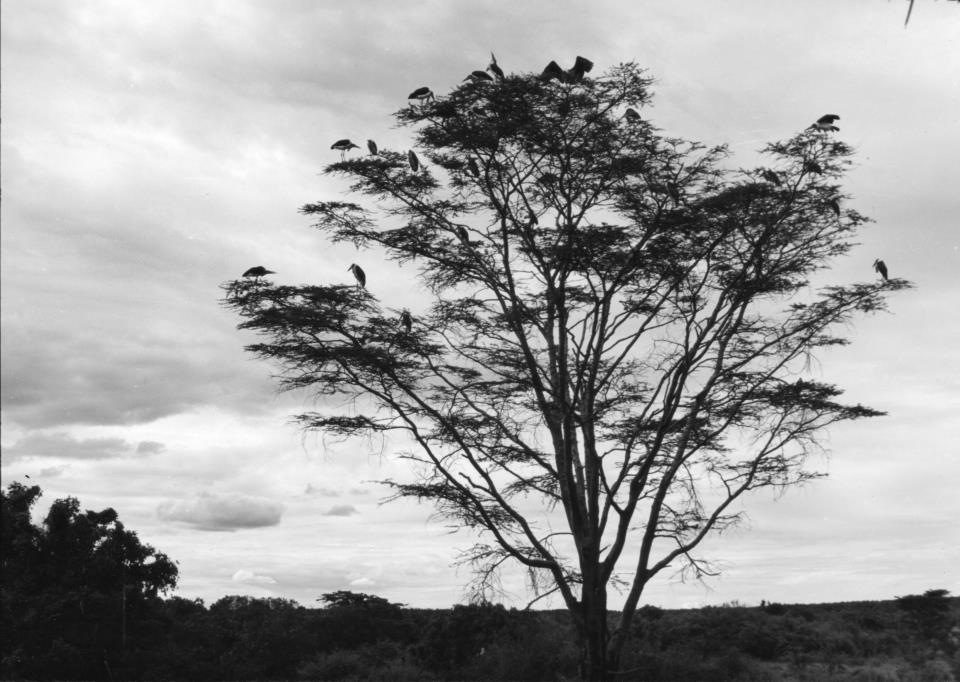 The Marabou Stork, Leptoptilos crumeniferus, is a large wading bird in the stork family Ciconiidae.  It breeds in Africa south of the Sahara, occurring in both wet and arid habitats, often near human habitation, especially waste tips.  It is sometimes called the “Undertaker Bird” due to its shape from behind, cloak-like wings and back, skinny white legs, and sometimes a large white mass of “hair.”