The Grass is Always Greener 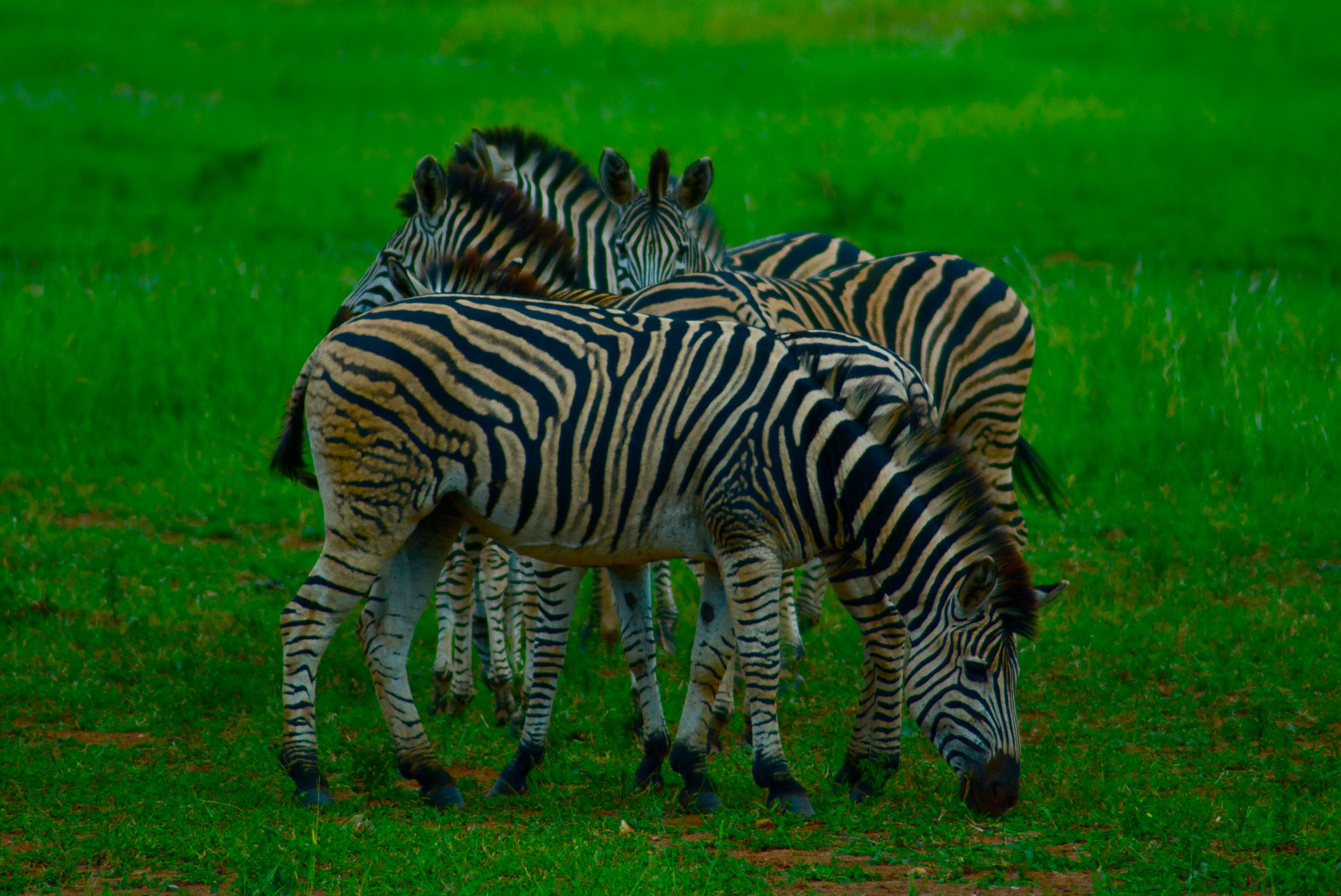 Zebras are several species of African equids (horse family) united by their distinctive black and white stripes.  Their stripes come in different patterns unique to each individual, no two are alike (like fingerprints).  They are generally social animals that live in small harems to large herds.  Unlike their closest relatives, Horses and Asses, Zebras have never been truly domesticated.

There are three species of zebras: the Plains zebra, the Grévy’s zebra, and the Mountain Zebra.  The Plains Zebra and the Mountain Zebra belong to the subgenus Hippotigris, but Grevy’s Zebra is the sole species of subgenus Dolichohippus.  The latter resembles an ass, to which it is closely related, while the former two are more horse-like.  All three belong to the genus Equus, along with other living equids.

The unique stripes of zebras make these among the animals most familiar to people.  They occur in a variety of habitats, such as grasslands, savannas, woodlands, thorny scrublands, mountains, and coastal hills.  However, various anthropogenic factors have had a severe impact on zebra populations, in particular hunting for skins and habitat destruction.  Grevy’s zebra and the mountain zebra are endangered.  While plains zebras are much more plentiful, one subspecies, the quagga, went extinct in the late 19th century, though they have now been rebred from zebra DNA.