Over the last 4 year we have steadily seen the increase in rhino poaching in South Africa and around the world. The numbers are mind boggling considering we will loose rhinos in the wild in less than 10 years. 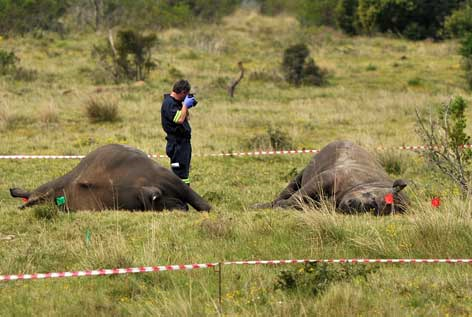 As many of you know though our networks of informers and partners in Africa and Asia, Bush Warriors has always been able to bring you the latest news and images from the field. We initially though that if we bring this to the attention of the media and the world things would change, but they did not. In fact they only got worse.

A new course of action was needed fast and with the help of a local partner the solution was found. We had to establish our own protected Rhino sanctuary. In an undisclosed location in South Africa,  that is fully secured we have created a true haven for the last of South Africa’s Rhinos. Not only a place where rhinos can live peacefully with out the threat of poaching, but also a place where we can secure a strong gene pool for future generations.

Why was this approach needed?  African governments focus on ensuring political stability, poverty alleviation, job creation at the same time they have to deal with political infighting, corruption and social injustices. Unfortunately conservation even though it is an integral part of tourism, in reality takes little priority due to lack of resources.

As the world watches and waits for solutions to come forth from African government and the countries where most of the demand is generated in, such as Vietnam and China a conservation crisis is unfolding which could result in the very real extinction of rhinos in the wild.

Urgent action from the global community is needed to prevent this from happening and more and more individuals and the private sector will be called upon to protect species and the habitats on which these animals rely for their very survival.

In South Africa Most of the fundraising drives initiated by corporate South Africa and the public, benefit national and provincial parks. It is important to note that over 26% of the world’s remaining rhino populations can be found on private land in South Africa.

Unfortunately private landowners are faced with huge expenses to try and protect their rhinos. This fact has resulted in rhinos becoming a huge financial burden to the private landowner and we have seen desperate measure being taken which is not necessarily in the interest of species survival. Such as dumping of rhinos and the selling of animals to anyone willing to pay a price for the animals. 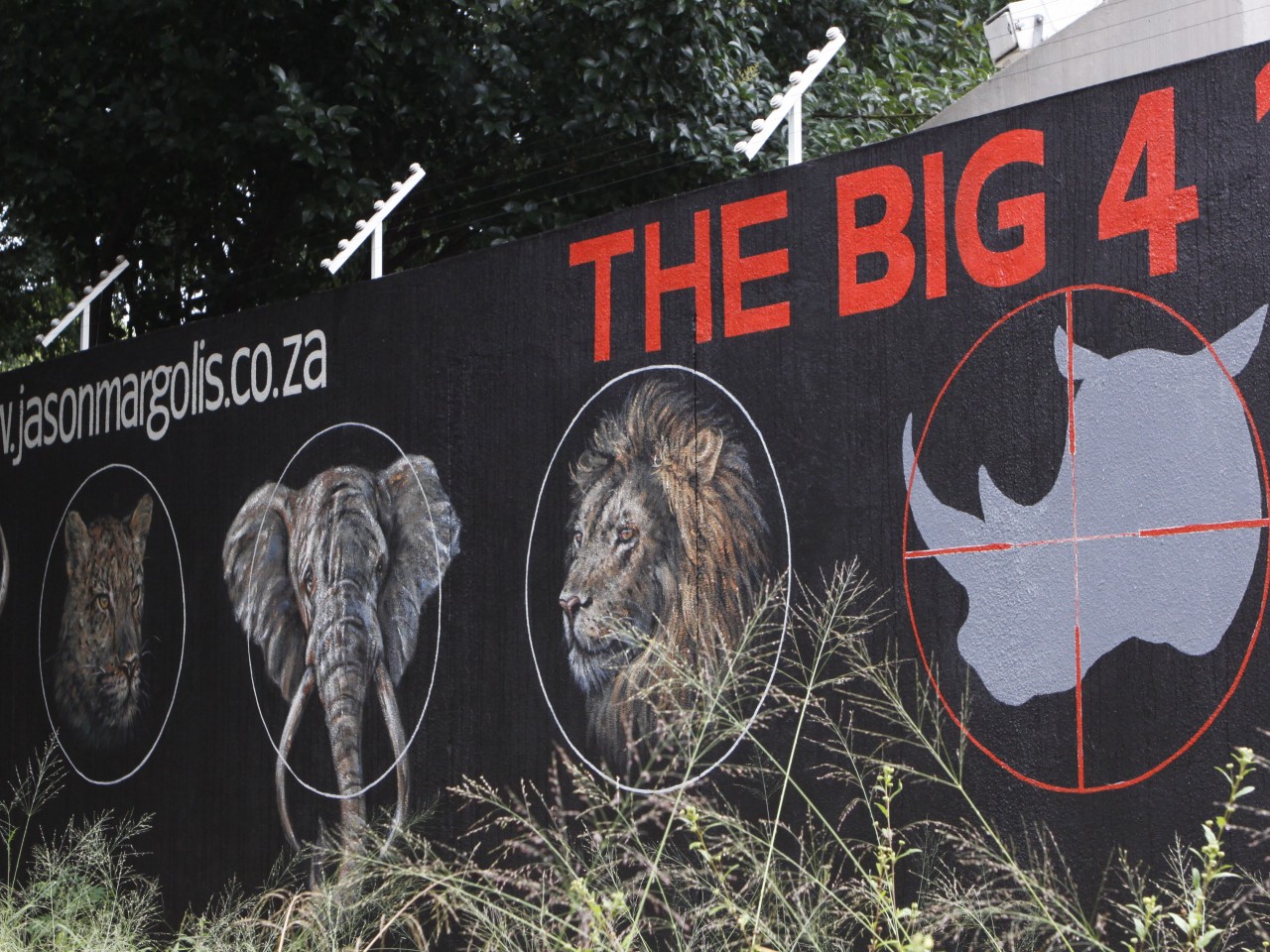 A number of these “dumped” rhinos have legally been killed in “trophy” hunts and  any others have been sold to individuals that are now becoming known as “rhino-investment- speculators”. In such instances the animal’s long-term welfare and conservation value is of no concern.

Together with your help Bush Warriors is changing this scenario. How are we doing it? There are two steps that we are taking.

The first step, which was accomplished, was to establish a secure and safe haven for Rhinos that are in immediate danger. Now that we have secured the land we are establishing an anti-poaching unit. Bush Warriors has embarked on a program to source and purchase rhinos injured during poaching incidents and also unwanted rhinos destined for the trophy hunting industry or for export to China and Vietnam. With the help of donors we will purchase and relocate such animals to the safety of the Bush Warriors Rhino Sanctuary. 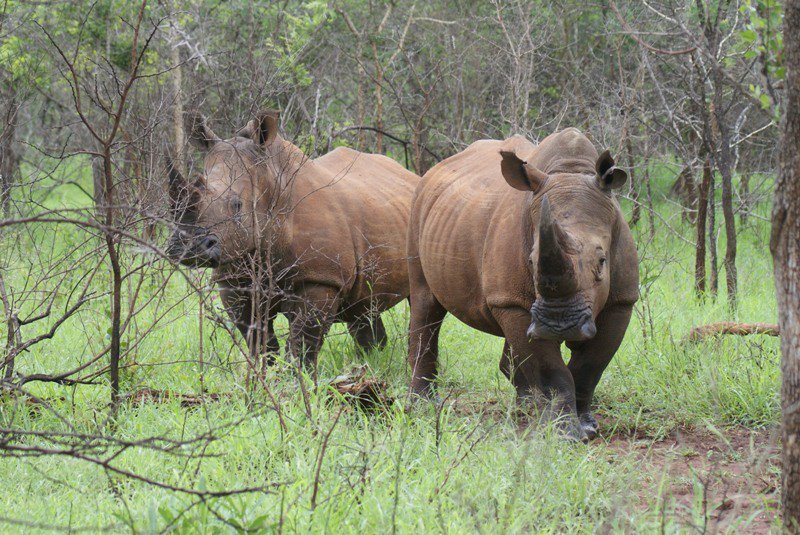 The second step is to create and assist the private landowners to train and secure their own staff in order to begin the fight against poachers. For rhinos to survive in South Africa and for South Africa to be instrumental in the conservation of both black and white rhinos we at Bush Warriors believe we need to bring hope to the private rhino owners and make it cost effective for them to keep their animals alive and their sanity intact even if this means donating unwanted rhinos into safe custody in order to ensure the genetic survival of the species. 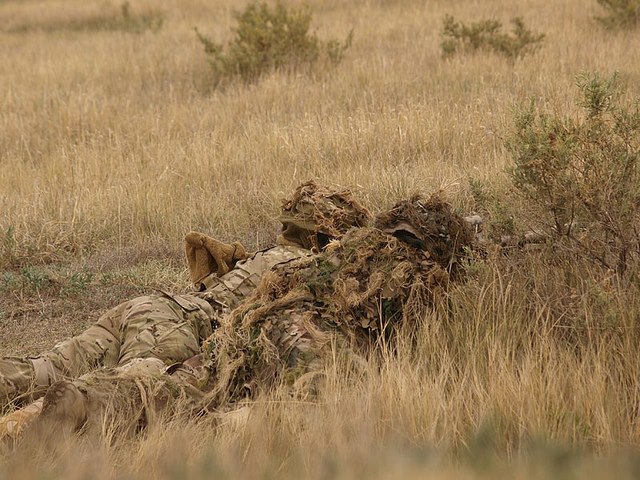 We intend helping by:

· Providing protected areas  through out South Africa where rhinos may live in safety wild and free.

The properties bordering the Bush Warriors Rhino Sanctuary and in close proximity, consist mainly of private farms and reserves. A large number of rhinos  both black and white live in the various conservation areas surrounding the Bush Warriors Rhino Sanctuary where poaching has systematically increased over the last couple of months. It is essential that we expand our area of operation outside our perimeter fences onto the other privately owned land and conservation areas to assist and advise private land owners on how to best protect the remaining animals.

We will soon start sharing weekly updates for you to see the progress and let you know know what is needed and how you can help and ensure the survival of Black and White Rhinos  before they will become extinct from the wild.

In the meantime if you are interested there are two ways that you can help:

1) Tell us about you what you do and how you would like to help.

3) Join and help promote the Bush Warriors Sanctuary Facebook page, so you cab get weekly update and get to meet our Rhinos and staff

Bush Warriors was established in December 2009 by Dori Gurwitz with volunteers from all around the world. Over the last 15 year Dori has worked with some of the world’s leading brands creating their voice online and in the social media space. The initial purpose of creating Bush Warriors was to leverage Dori’s expertise in digital and social media and create a Global Voice for Wildlife that was desperately needed at that time as there was not much information about wildlife poaching and the extent of it.

In 2011 with the help of volunteers both in the US and South Africa Bush Warriors were able to expand the organization reach from virtual to local.

In 2012 Bush Warriors joined  Creative Visions Foundation  who’s purpose is to empower creative activists using the power of media to make a positive change in our world. Under the Creative Visions  umbrella over 90 million people have been engaged and over $11 million were raised to fund projects around the world.