A little organization known as  Conservation Drones is shifting how Dones (unmanned aerial vehicle) which are typically used as warfare tools  are now used in conservation with fantastic new uses….. 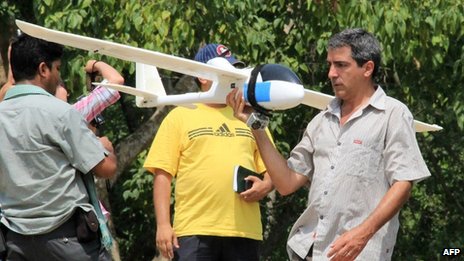 Known as stealthy killing machines to take out suspected terrorists with pinpoint accuracy. But drones are also being put to more benign use in skies across several continents to track endangered wildlife, spot poachers, and chart forest loss.

Although it is still the ”dawn of drone ecology”, as one innovator calls it, these unmanned aerial vehicles are skimming over Indonesia’s jungle canopy to photograph orangutans, protect rhinos in Nepal, and study invasive aquatic plants in Florida. Whale Wars  Drone was built and designed in Wichita, Kansas by Jimmy Prouty at Hanger 18

Relatively cheap and portable, the drones fill a gap between satellite and manned aircraft imagery and on-the-ground observations, said Percival Franklin at the University of Florida, which has been developing such drones for more than a decade. 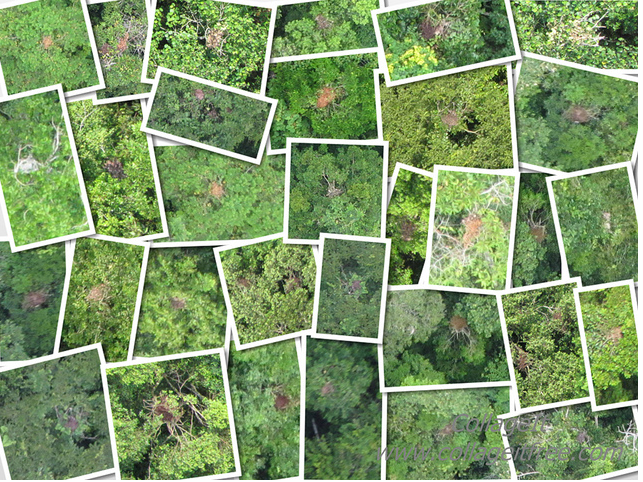 Conservation is one of the latest roles for these multitaskers, either autonomously controlled by on-board computers or under remote guidance of a navigator. Ranging in size from less than half a pound to more than 20 tonnes, drones have been used for firefighting, road patrols, hurricane tracking, and other jobs too dull, dirty, or dangerous for piloted craft.

Most prominently, they have been harnessed by the US military in recent years, often to detect and kill terrorism targets in Afghanistan, Pakistan, and elsewhere.

A conservation drone pioneer, Afghanistan, Pakistan of the Swiss Federal Institute of Technology, says the idea came to him after another sweaty, jungle slog in Sabah, Malaysia, hauling heavy equipment for his field work.

”I told my assistant, who happened to be my wife, ‘How wonderful it would be if we could fly over that area rather than walk there again tomorrow,’ ” recalled the Singaporean expert on tropical deforestation, and a model plane hobbyist.

Ecodrones in the US are mostly custom-built or commercial models. Koh last year cobbled together a far cheaper, off-the-shelf version that poorer organizations and governments in the developing world can better afford.

He and partner Serge Wich bought a model plane – some are available in China for as little as $100 (£68) – added an autopilot system, opensource software to programme missions, and still and video cameras. All for less than $2,000 (£1,275), or 10 times cheaper than some commercial vehicles with similar capabilities.

This year, they have flown more than 200 mostly test-runs in Asia using an improved version with a 6.5ft wingspan, air time of 45 minutes, and a 15.5-mile range.

The drones were flown over rough terrain in Malaysia where GPS-collared elephants are difficult to monitor from the ground. In Nepal’s Chitwan National Park, the World Wide Fund for Nature and the Nepal Army conducted trials on detecting rhino and elephant poachers. 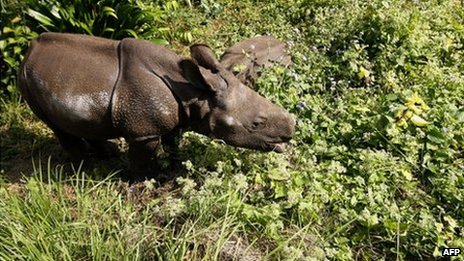 ”Counting orangutan nests is the main way of surveying orangutan populations,” said Graham Usher of the Sumatran project, which captured one of the apes atop a palm tree feeding on palm heart in a sharp photograph. From higher altitudes the drones, he said, also provide high-resolution, real-time images showing where forests are being cleared and set ablaze.

By contrast, ground expeditions are time-consuming, logistically cumbersome, and expensive. A conventional orangutan census in Sumatra, which may also involve helicopters and aircraft, costs some $250,000 (£159,000). Surveying land use by satellite is likewise costly and hampered by frequent cloud cover over tropical areas.

But there are drawbacks with drones, including landing them in often thickly vegetated areas since they need clear touch-down zones of about 100-by-100 yards. Koh said he was working to rig the vehicle with a parachute to allow landing in confined space.

Franklin, at the University of Florida, said the hardware and image interpretation are still being developed as more missions are planned in the US, ranging from counting pygmy rabbit burrows in Idaho to monitoring salmon-eating seabirds off the Oregon coast.

The University of Florida is testing another anti terrorism weapon, thermal imaging, to hunt for Burmese pythons invading the state’s Everglades, having found the snakes regulate temperatures of their nests in a way that makes them visible through such technology.

Other eyes-in-the-sky increasingly used for conservation tasks are ultralights, birdlike craft with a major advantage over drones – the human touch.

”It’s the closest thing we have come to flying like birds 30,000 years after coming out of caves,” says Mark Silverberg, preparing to take a reporter up in a paramotor ultralight, one earlier hired by conservation groups to photograph and video Mekong River dolphins, tiger habitat in Myanmar, and denuded hills in northern Thailand.

2 Replies to “How Killing Machines save endangered wildlife”