Notch was seen near fig tree with the remains of a Hippo kill and this was killed by the four younger males that he frequents with.He is suffering from Sarcoptic mange on his face and stomach. 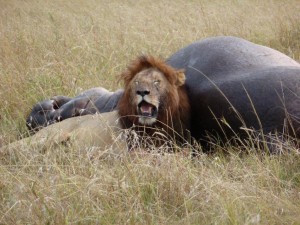 There is also a picture of a young Hyena eating the remains of a Black Backed Jackal which indicates that it probably was swiped by a Lion in getting to close to a kill that he or she had made. 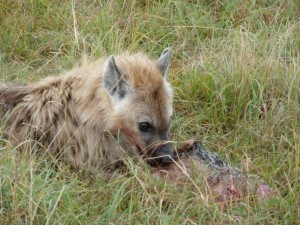 A female cheetah up on Paradise Plains. 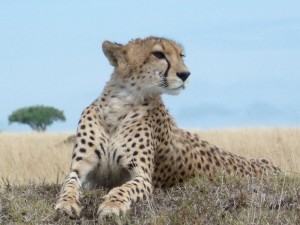 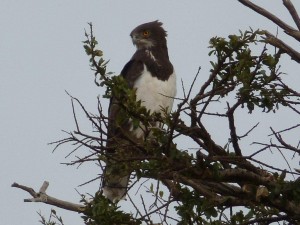 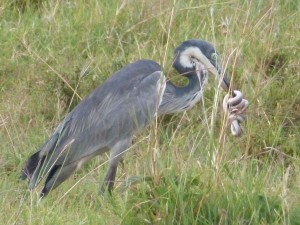