South Africa is losing its rhinos to poaching and wildlife crime everyday.The province of KwaZulu-Natal, to date, has lost over 200 rhinos this year, compared to 162 rhinos in 2016. Poaching methods are always changing, and so counter-poaching interventions need to adapt.

Project Rhino, an association of like-minded organisations established in 2011 that facilitates vital rhino conservation interventions, has launched a specialised wildlife crime dog unit to support KwaZulu-Natal game reserves. In just 3 weeks, the Project Rhino K9 Unit has been present at SAPS road blocks, reserve vehicle checks and night patrols. This vital unit needs approximately $50,000 to ensure it is given a fighting chance and an additional $50,000 (making a total of $100,000) in funding to run for a one year period. 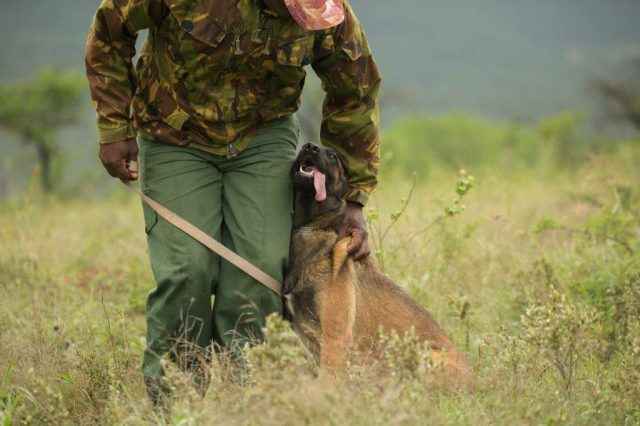 The new unit has immediately been put to work effectively in the Zululand district of KwaZulu-Natal, locating a number of carcasses of critically endangered white-backed vultures. Vultures are regularly poisoned for illegal use in the traditional medicine market, with population numbers plummeting in recent years. The carcasses were located near the town of Hluhluwe, an area at the centre of the wildlife conservation efforts in the province. 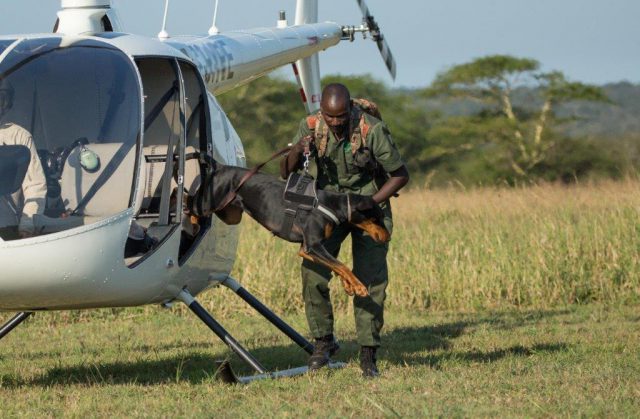 “Dogs have proved to be an essential tool to fight wildlife crime by tracking down poachers, detecting wildlife products and recovering illegal weapons and ammunition. Project Rhino has been working towards implementing a dog unit that will service the needs of reserves, functioning effectively within the unique Zululand landscape. We hope to grow the team, using trained and certified tracking dogs to assist in tracking and locating suspects as well as gathering important intelligence.” says Chris Galliers, the Project Rhino coordinator. 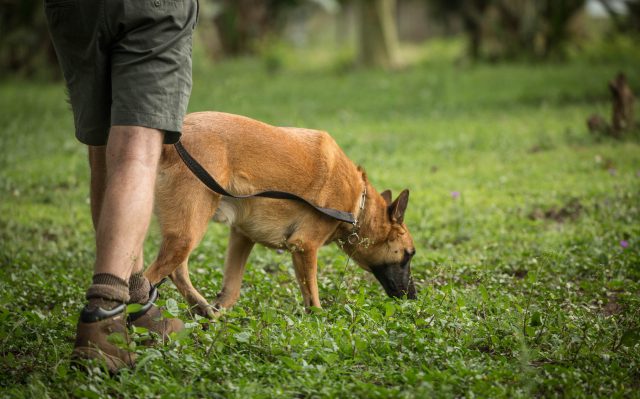 Mali, a three year old Malinois (Belgian Shepard), is the certified detection dog who works with his qualified handler who has over 26 years experience in conservation law enforcement. Together, they are highly effective in searching suspects, crime scenes, buildings, vehicles and outdoor locations. “In my experience, dogs are very useful, especially in areas where people cannot see tracks from poachers. Dogs at the gates are also very helpful for detecting ammunition and rhino horn.” Musa Mbatha, assistant reserve manager at Phinda Private Game Reserve.

Under the Project Rhino K9 Unit in partnership with Dunadventures Africa and WESSA Lowveld, and operating exclusively in Hluhluwe/iMfolozi Park, is another dog unit. This unit, consisting of five dogs, each performing a specific function, has had some significant successes in the past year. Project Rhino K9 Unit aims to provide a positive image for conservation law enforcement efforts in the region, and hopes its presence will assist greatly in deterring those involved in illegal wildlife activities.