Article by Jeffrey Gettleman. Published in the NY Times

In the past several years, 10,000 elephants in Gabon have been wiped out, some picked off by impoverished hunters creeping around the jungle with rusty shotguns and willing to be paid in sacks of salt, others mowed down en masse by criminal gangs that slice off the dead elephants’ faces with chain saws. Gabon’s jails are filling up with small-time poachers and ivory traffickers, destitute men and women like Therese Medza, a village hairdresser arrested a few months ago for selling 45 pounds of tusks.
She netted about $700, far more than she usually makes in a month, and the reason she did it was simple, she said. “I got seven kids.” 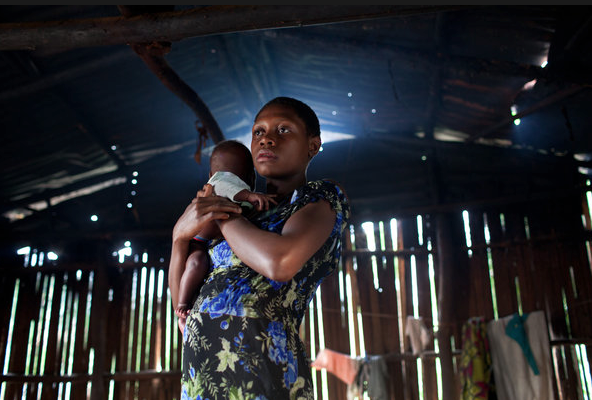 It seems that Gabon’s elephants are getting squeezed in a deadly vise between a seemingly insatiable lust for ivory in Asia, where some people pay as much as $1,000 a pound, and desperate hunters and traffickers in central Africa.

It is a story of temptation — and exploitation — and it shows that the problem is not just about demand, but about supply as well. Poverty, as well as greed, is killing Africa’s elephants.

Across the continent, tens of thousands of elephants are being poached each year in what is emerging as one of the gravest wildlife crises in decades. Gabon’s elephants are among the last of the planet’s rare forest elephants, a subspecies or possibly a totally distinct species (scientists can’t agree), which makes the stakes particularly high here. Forest elephants are smaller than their savanna cousins and have an alluring, extra-hard pinkish ivory that is especially prized.

A few decades ago, there were perhaps 700,000 forest elephants roaming through the jungles of central Africa. Now there may be fewer than 100,000, and about half of them live in Gabon. 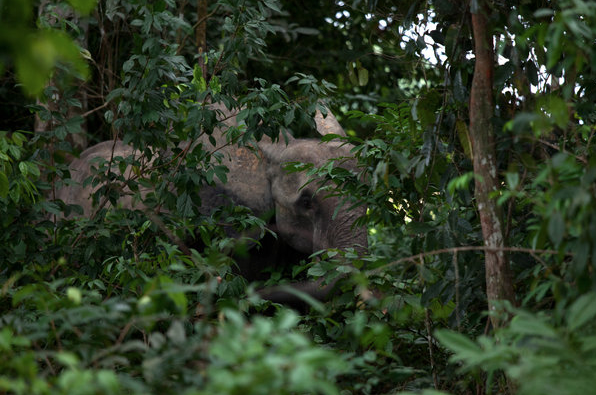 “We’re talking about the survival of the species,” said Lee White, the British-born head of Gabon’s national parks.

In June, Gabon’s president, Ali Bongo, defiantly lighted a pyramid of 10,000 pounds of ivory on fire to make the point that the ivory trade was reprehensible, a public display of resolve that Kenya has put on in years past. It took three days for all the ivory to burn, and even after the last tusks were reduced to glowing embers, policemen vigilantly guarded the ashes. Ivory powder is valued in Asia for its purported medicinal powers, and the officers were worried someone might try to sweep up the ashes and sell them. 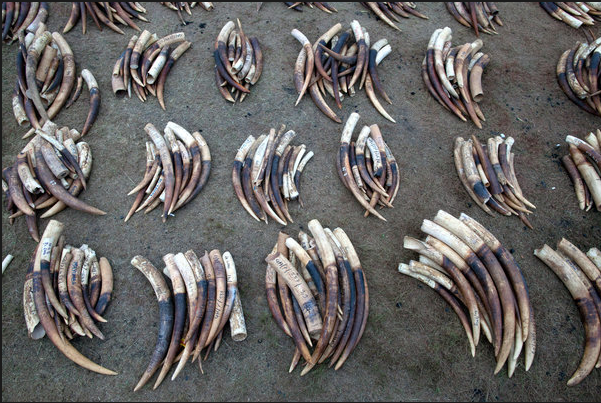 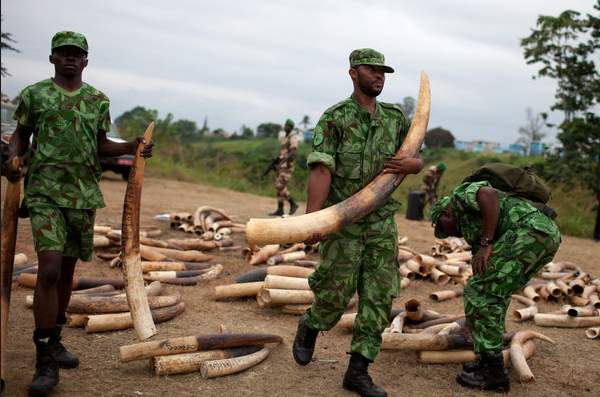 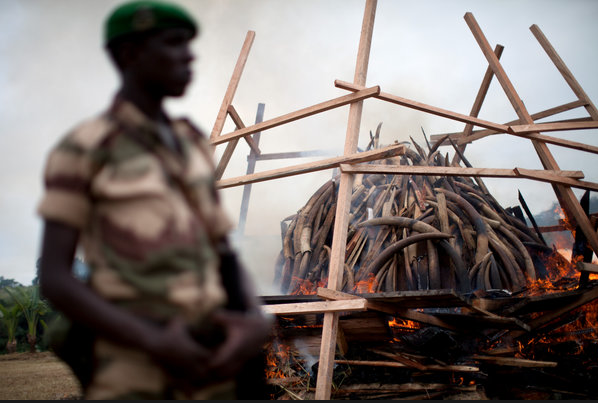 Some African countries, like Zimbabwe and Tanzania, are sitting on million-dollar stockpiles of ivory (usually from law enforcement seizures or elephants that died naturally) that someday may be legal to sell. Gabon has the unusual luxury of kissing its ivory mountain goodbye because it has an even more lucrative resource: two billion barrels of crude oil.

But it is not clear how long Gabon will continue as this relatively prosperous, politically stable corner of Africa. Protesters recently began chaffing against Mr. Bongo’s rule, saying he rigged an election to ensure that he would take over from his father, who died in 2009 after 41 years in office.

Despite the country’s conservation policies, which wildlife groups say are among the best in Africa, the logging men dig deeper into the rain forest each day, felling colossal trees, dragging them out with chains and shipping them out on logging roads that lead to where the elephants live.

The growing resentment of the government is undermining conservation efforts, too, with villagers grumbling about not seeing a trace of the oil money and saying Mr. Bongo should not lecture them about poaching for a living.

The village of Bitouga is a study in bitterness about five hours away from the small administrative hub of Oyem, reached only after a sweaty hike through the jungle and a precarious ride in a dugout canoe up a river so rich and sooty with tannin that the water is nearly black. 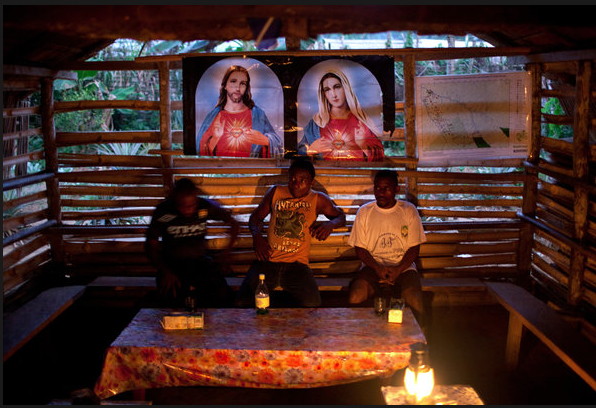 Bitouga’s people live in rough clapboard houses with floors of dirt. They do not have any electricity or clean water, which villagers say is a scandal in a country with a per capita gross domestic product of $16,000, one of the highest in Africa.

The children here eat thumb-size caterpillars, cooked in enormous vats, because there is little else to eat. Many men have bloodshot eyes and spend their mornings sitting on the ground, staring into space, reeking of sour, fermented home-brew. 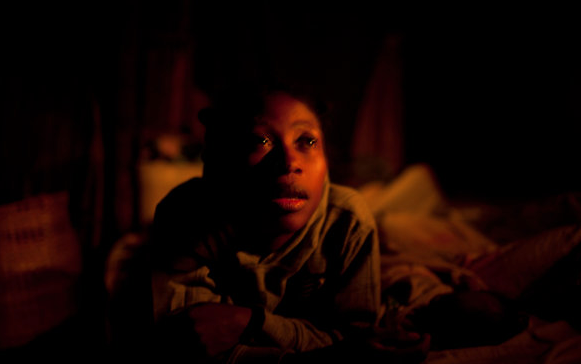 For generations, the people of Bitouga, who are from the Baka ethnic group, have lived off the game in their ancestral forests.

But now they have been ordered to stop killing elephants and other endangered animals. Officials said that several Baka hunters had cycled through Oyem’s prison, sometimes co-opted into killing elephants for as little as a sack of salt, which most Baka are too poor to afford. Baka hunters said they were routinely approached by well-dressed men with shotguns and invited to “work together.”

“The first thing a civil servant will do when they get sent to Minvoul,” a nearby town, “is buy a gun and start sponsoring elephant hunts,” said Marc Ella Akou, an inventory officer for the World Wildlife Fund in Gabon.

International law enforcement officials say the illicit ivory trade is dominated by Mafia-like gangs that buy off local officials and organize huge, secretive shipments to move tusks from the farthest reaches of Africa to workshops in Beijing, Bangkok and Manila, where they are carved into bookmarks, earrings and figurines.

But often the first link in that chain is a threadbare hunter, someone like Mannick Emane, a young man in Bitouga. Adept in the forest, he was trained nearly from birth to follow tracks and stalk game, and was puffing idly on a cigarette he had just lighted with a burning log.

He conceded he would kill elephants, “for the right price.”

“Life is tough,” he said. “So if someone is going to give us an opportunity for big money, we’re going to take it.”

His friend Vincent Biyogo, also a hunter, nodded in agreement.

“When I was born,” he said, “I dreamed of a better life, I dreamed of driving a car, going to school, living like a normal human being.”

“Not this,” he added quietly, staring at a pot of boiling caterpillars. “Not this.” 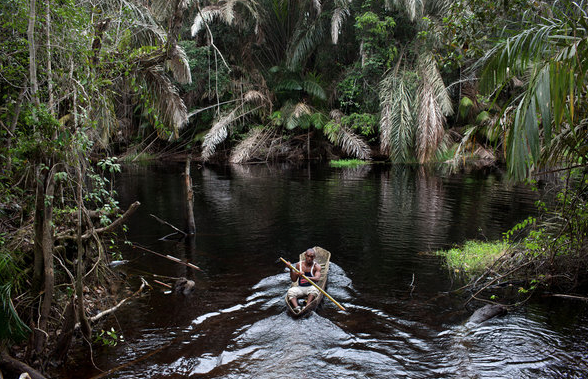