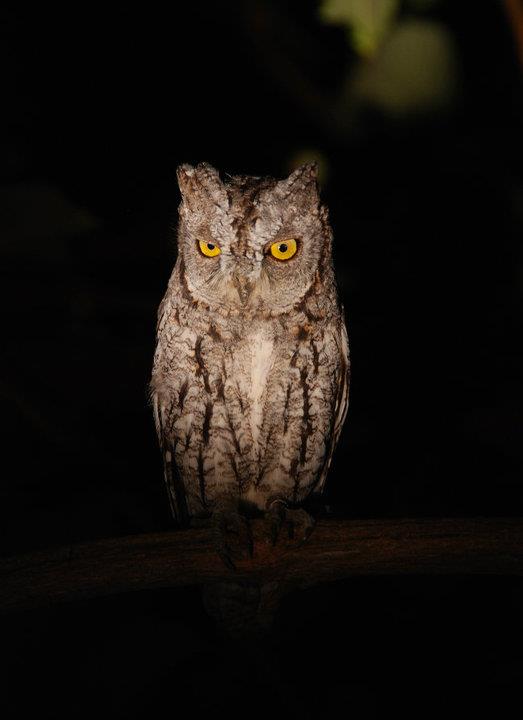 Scops owls are Strigidae (true owls) belonging to the genus Otus.  Approximately 45 living species are known, and new ones are being discovered still, especially in Indonesia.  It is the largest genus of owls in terms of number of species.  Scops Owls in the modern sense are restricted to the Old World (Afro-Eurasia), except for a single North American species (the Flammulated Owl).

As usual for owls, female Scops Owls are typically larger than males, but owls of both sexes are farily compact in size and shape.  All of the birds in this genus are small and agile.  Scops Owls are colored in various brownish hues, sometimes with a lighter underside and/or face, which helps to camouflage them against the bark of trees.

The African Scops Owl (Otus senegalensis, pictured here) is a common, sometimes abundant, resident of Savannah woodlands.  It is found throughout most of sub-saharan Africa.  The Scops Owl is fully nocturnal and mostly insectivorous.  It is a bird of scrub and bush territory, and often uses ground nest sites for breeding; although she typically lays her eggs in a tree hollow.  The African scops owl produces 4-6 eggs throughout April and June, with an incubation period of about 27 days.  Their young are fledged in 30 days.