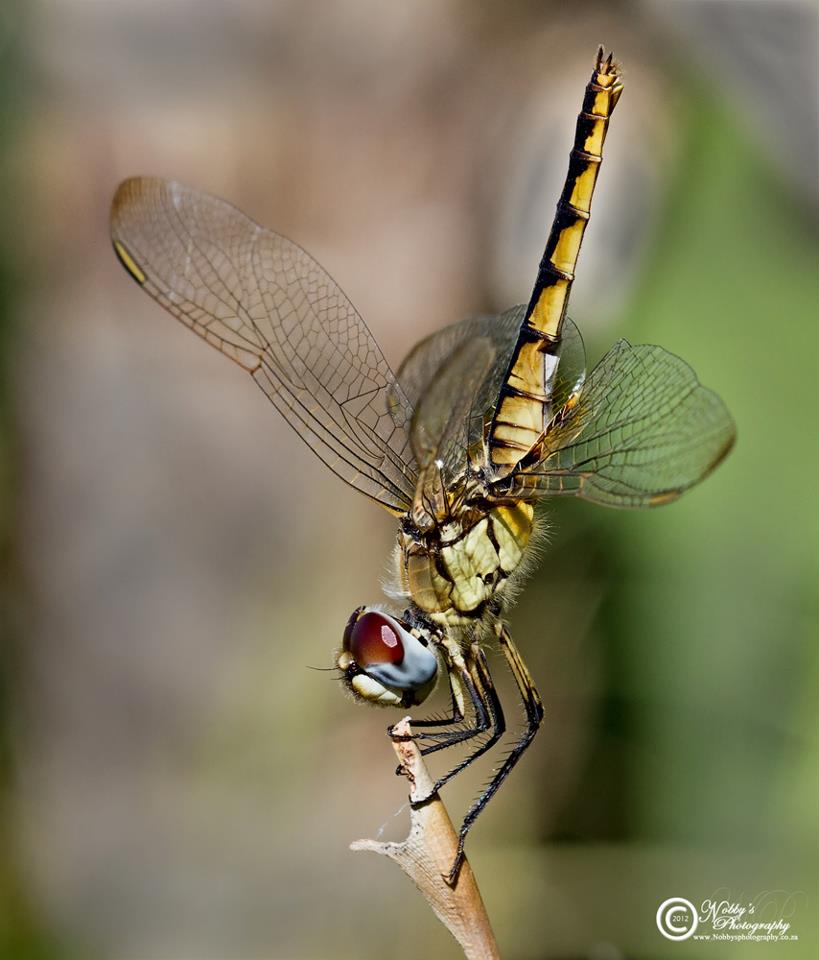 A stout, medium-sized dragonfly, the male Blue Basker (Urothemis edwardsii) is an attractive species with deep blue and black markings.  The blue coloration of the male’s abdomen is overlain with a distinctive ladder-like pattern of black along the upper surface.  The blue basker’s head is shiny black with light grey patches in places, and the eyes are generally black.  Its hindwings are marked at the base with a black to purplish patch, which is outlined with an amber halo.  The pterostigmas (the dark coloured cells near the tip of the wings) are light yellowish with a thin, black margin along the front edge.

Although similar in size to the male, the female blue basker (pictured here) differs in color.  Instead of blue, the female is light yellow to greyish-brown, overlain with dark brown markings.  The hindwing patch is much less intensely coloured than in the male, and the wing tips of the female are also marked with dark amber.  (Refrence – ARkive)