Under the African Sun 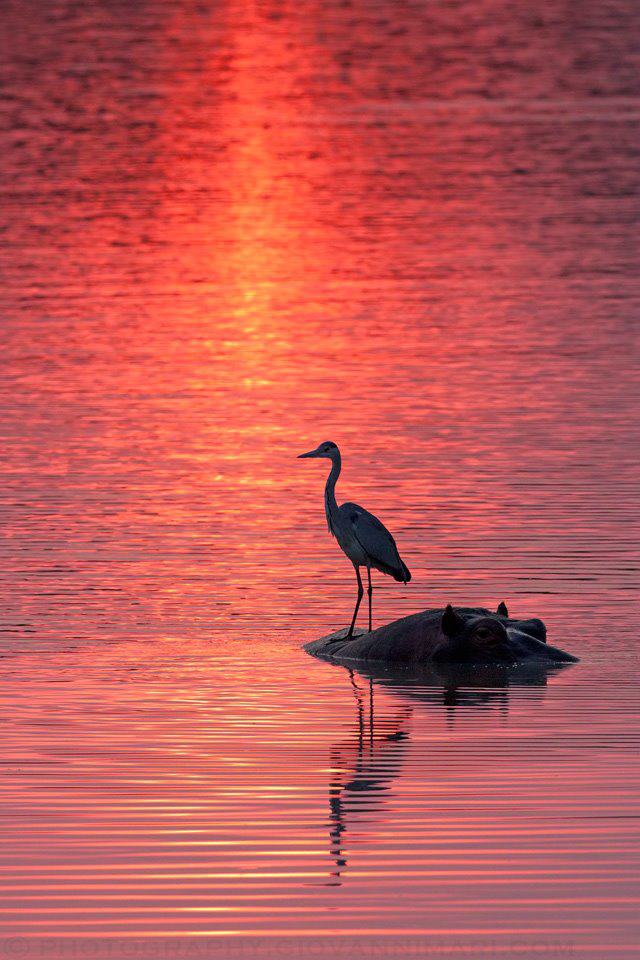 A Purple Heron (Ardea purpurea) wades on top of a Hippopotamus head, under the African sun.  The Purple Heron is a wading bird of the heron family Ardeidae, breeding in Africa, central and southern Europe, and southern and eastern Asia. The European populations are migratory, wintering in tropical Africa; the more northerly Asian populations also migrate further south within Asia.

The Purple Heron breeds in colonies in reed beds or trees close to large lakes or other extensive wetlands.  It builds a bulky stick nest, and feeds in shallow water, spearing fish, frogs, insects and small mammals.  It will often wait motionless for prey, or slowly stalk its victim.  It tends to keep within reedbeds more than the Grey Heron, and is often inconspicuous, despite its size.