Environmental Investigation Agency visuals specialist Paul Redman reflects on almost a decade of campaigning and investigating the hunting and killing of whales, porpoises and dolphins in Japan.

Empathy. My view of Japan is born out of an annual visit to the bitterly cold fish markets of the north and south. Year after year, we returned to sit in a cold car, desperate for warmth, in layer upon layer of clothes. We couldn’t turn the heaters on too often as condensation would form and our binoculars, cameras and car windows would fog.

We sat and stared at the fishermen across the bay for signs of the landing of the Dall’s porpoises. We didn’t want to be seen because it might alter the routine of the large-scale slaughter of these small black and white marine creatures riddled with assorted ocean pollutants. The mercury and PCB levels recorded in these creatures are linked to autism, heart disease and neurological disorders. As an environmentalist and a humanist, with whom should I empathise? 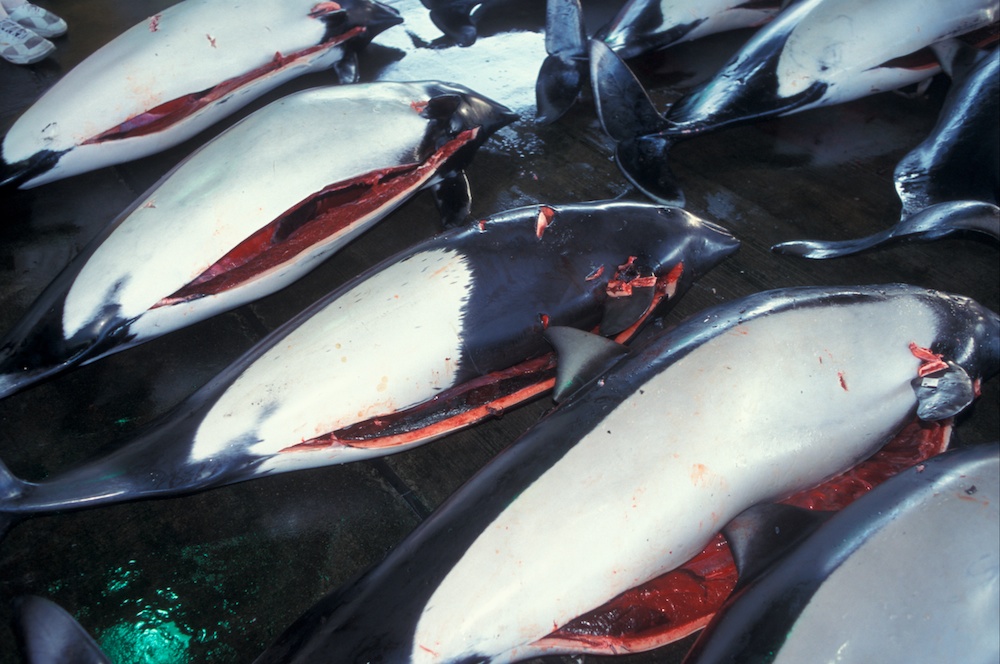 We began this yearly ritual to northern Japan in 2003 to find out where the meat from these sea creatures ends up. It was a mystery to most of us and still, to some degree, remains that way. Sitting across the bay we would see the lights in the port flicker on, the fork-lifts start up and the boats land. We would then film and watch, count the black and white animals on the floor, watch as they were loaded into trucks and then start our car and follow.

In 2004, we followed them to fishing towns along the coast and into marine processing plants where the shutters would quickly close – sometimes with, sometimes without, the shots we needed. Then at midday we would wait, eat some noodles and check for any signs of products coming out. Where was this meat going? Who was eating the toxic flesh? Often this is the answer that eluded us.

The afternoons would be spent trawling the fishmongers, buying what few products were on the market – most of the meat seemed to just disappear. We would then send these products to scientists to analyse and return data that always showed pollutant levels of alarming proportions. 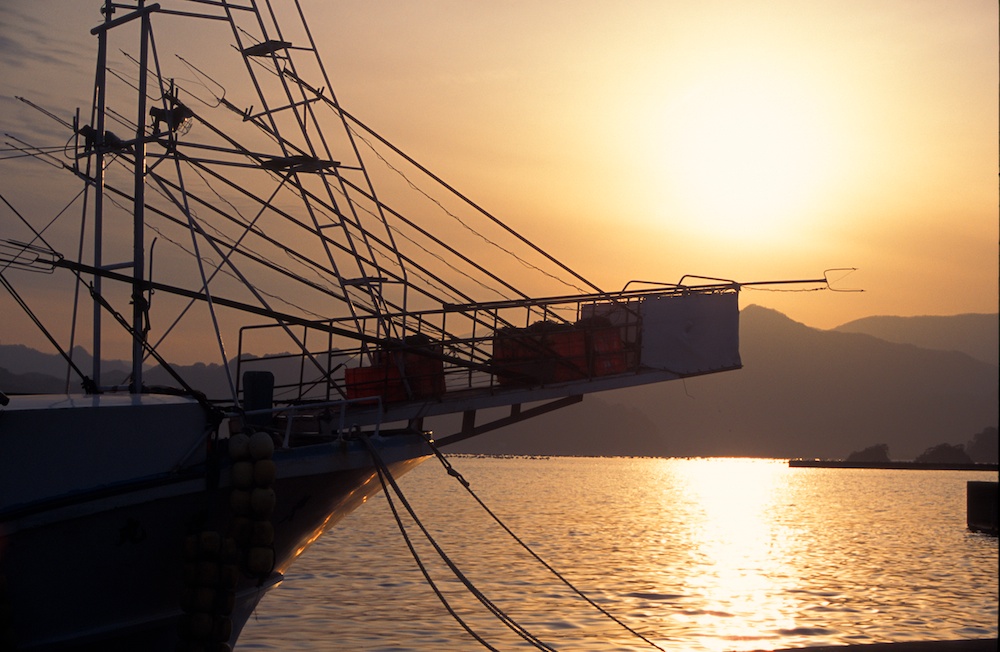 We thought we had a breakthrough in 2004 when an open truck travelled to all the processing plants, picking up carcasses still heavy with flesh. We began to follow, at a distance at first, through the ports to the north and to the weighing station in Miyako. Here I jumped out of our car, as my colleague Ezra watched and waited, to quickly grab some food – we had not eaten since four in the morning when we had munched tasteless convenience store snacks while watching the port.

The truck started to leave as I was paying for food and I dread to think what the cashier thought of me sprinting away from the tills. Now we would follow again through small towns on tiny roads, and on and into the night until on a narrow bend the truck turned unexpectedly and we lost sight of his flickering tail-lights for a moment. A panicked turn at the next junction and we now drove around all the back streets, hoping to catch sight of our truck – eventually we did and as the drivers changed and ate supper, we waited, determined not to lose sight of the vehicle. 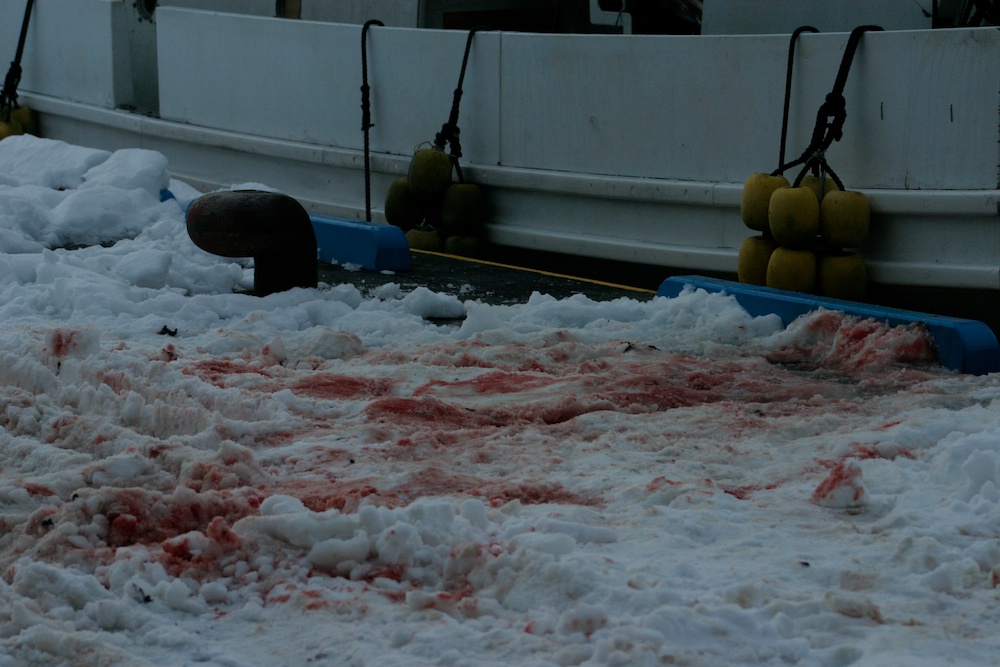 Then we followed again until we reached the most northerly town on the island, Hachinohe City, where it turned into an animal feed factory. We filmed under the cover of darkness as each container was unloaded; 17 hours in the car, and we had our location. The next morning, a Sunday, we went back and picked up a sample of the feed for our scientists to check for conclusive DNA proof of Dall’s Porpoise meat. The tests proved inconclusive, so back to square one.

In 2006 and 2007, EIA returned to collect more samples in our many ‘supermarket sweeps’ which filled our afternoons in those industrial northern towns. By now, the mornings at the port had become more arduous. The locals weren’t too enamoured of us and filming at the port was becoming difficult. The fishermen would spray us with hoses, erect nets around the port, then stack up large blue containers so we couldn’t get the shots of porpoises landing. But it was clear that the number of Dall’s porpoises being caught was falling, from 18,000 to 9,000 in ten years, proof of the value of our rigorous campaigning at international conferences. 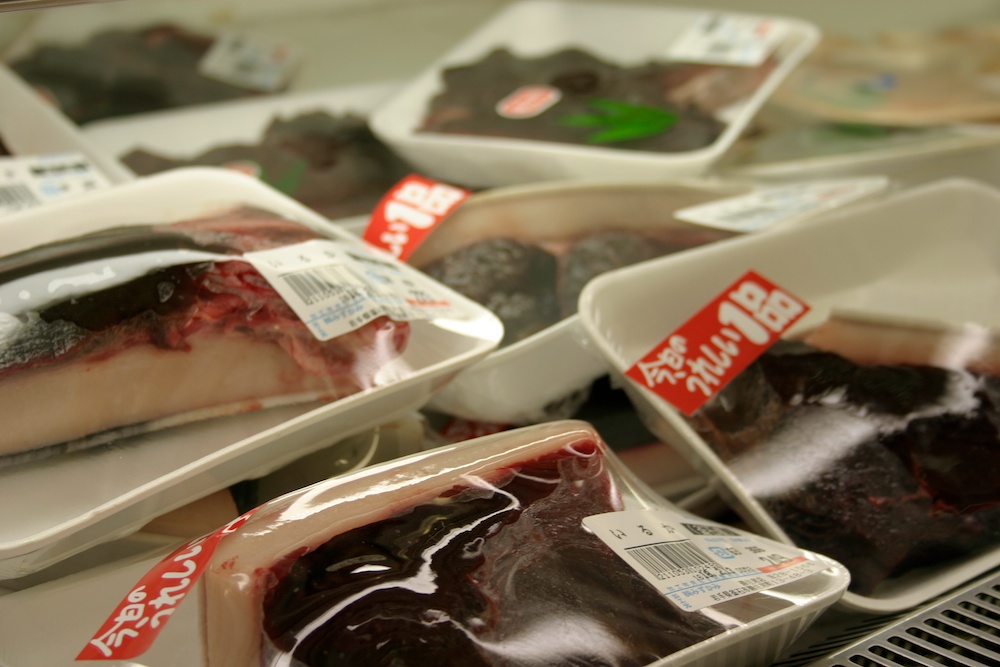 But still the population of these intelligent sea creatures was unknown and the hunt remained completely unsustainable. Then in March last year, just 10 days after our latest visit to Japan, this time with the crew filming our investigation for the National Geographic film Hunt for the Whalers (aka Making a Killing), the tsunami struck and we felt a profound sense of empathy. The people we had met, from the fishermen and the shopkeepers to the school children in the street and the restaurant owner who had ‘met his wife under the light of the silvery moon’ were all deeply and profoundly affected.

In all likelihood, the hunt will return; it still occurs in the south and it is only a matter of time before it resumes in the north. EIA will also return as life gets back to normal in the north of Japan. I hope that next time we don’t find the toxic flesh of Dall’s Porpoises finding its way onto the plates of our Japanese friends.

If we do, we will once again document, expose and communicate the dangers of this tragic and unsustainable hunt.