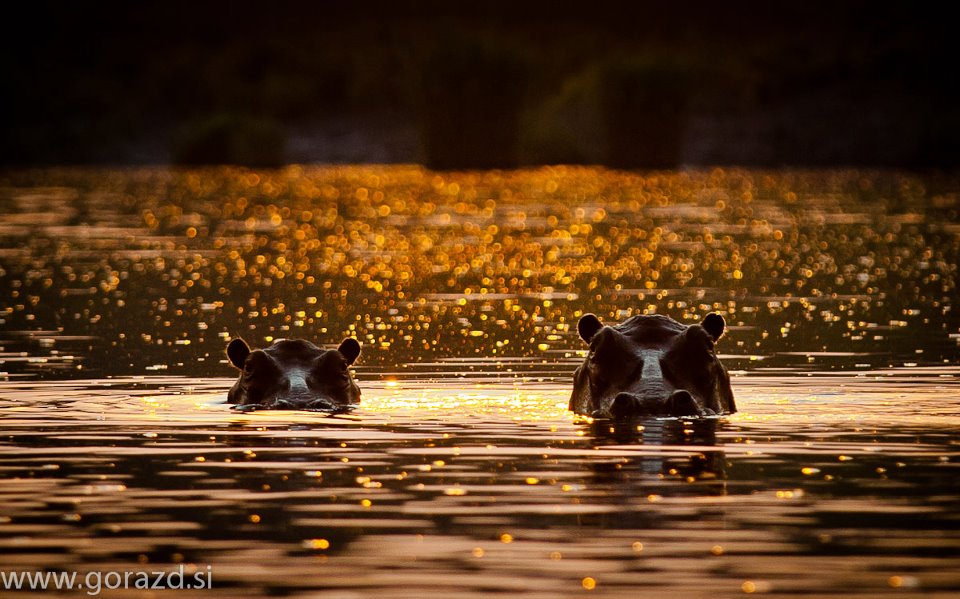 The Hippopotamus (Hippopotamus amphibius), or Hippo, from the ancient Greek word for “river horse”, is a large, mostly herbivorous mammal in sub-Saharan Africa, and one of only two extant species in the family Hippopotamidae (the other is the Pygmy Hippopotamus).  After the elephant and rhinoceros, the hippopotamus is the third largest land mammal in the world.

The hippopotamus is semi-aquatic, inhabiting rivers, lakes and mangrove swamps, where territorial bulls preside over a stretch of river and groups of 5 to 30 females and young; reproduction and childbirth both occur in water.  During the day they remain cool by staying in the water or mud, and they emerge at dusk to graze on grass.  Despite their physical resemblance to pigs and other terrestrial even-toed ungulates, their closest living relatives are cetaceans(whales, porpoises, etc.) from which they diverged about 55 million years ago.