Julian Newman, Campaigns Director and a veteran undercover agent with the Environmental Investigation Agency,  catches up with Ali Jambi – aka Tham Hai Lee, aka Jambi Lee, aka Jenggo, aka Hap Ali – who went from notorious Indonesian timber smuggler to wealthy Singaporean businessman. 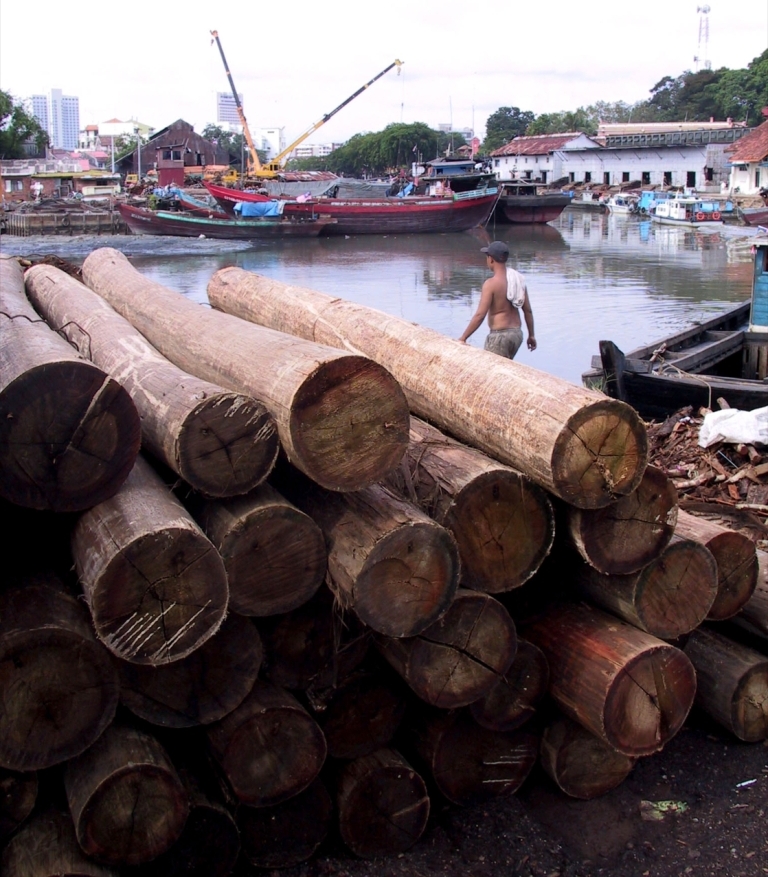 Let’s call him Ali Jambi, as that was his nom de guerre when EIA first came across his trail over a decade ago.

He was born in Jambi, Indonesia, in 1969. In 2000, EIA was investigating rampant illegal logging of valuable ramin timber in Indonesia. Ramin is found in peat swamp areas, and the hotspots for illegal logging were Central Kalimantan and Riau Province, Sumatra.

We began hearing rumours that one man – Ali Jambi – controlled the ramin smuggling trade, making a fortune by ferrying the stolen wood across the Melaka Straits to Malaysia and Singapore. Later in 2000, his name appeared on a list issued by the country’s Ministry of Forestry of the top 12 illegal bosses in Indonesia. 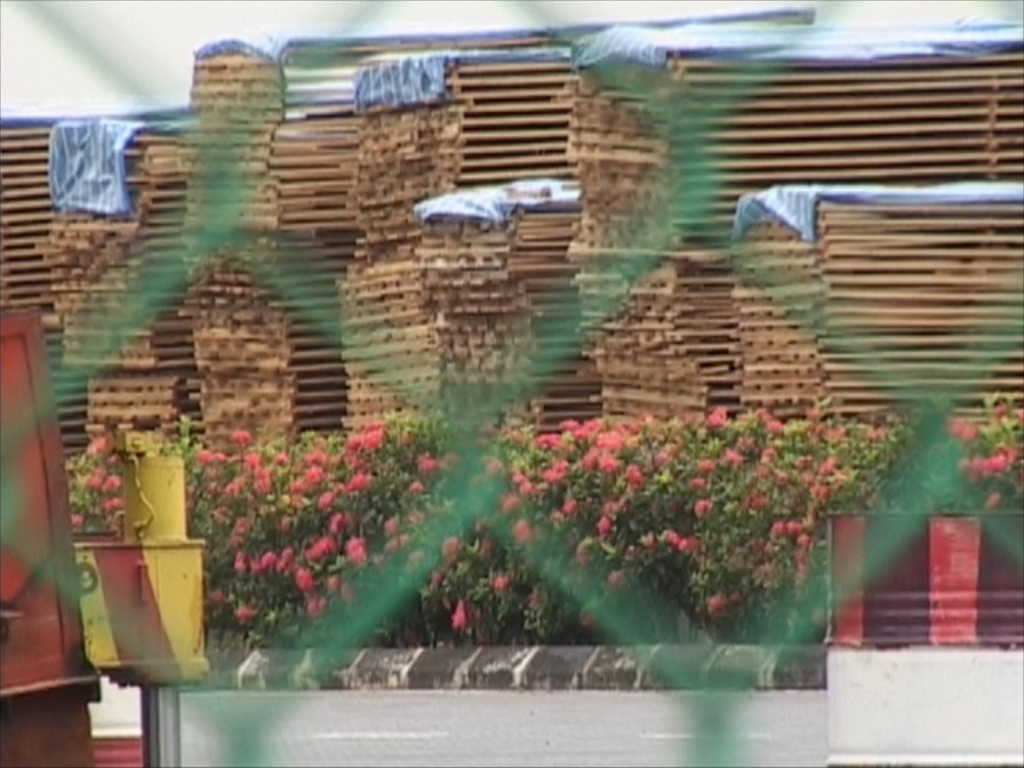 By 2001, police in Riau claimed to have completed investigations into Ali Jambi’s ramin racket, but company records obtained by EIA show that by then he had decamped to Singapore – a favoured bolt-hole for Indonesian fugitives with plenty of spare money in their pockets.

During the next couple of years, EIA monitored the series of small ports on the west coast of Malaysia where illegal Indonesian ramin logs from Sumatra were being landed. We would hear the occasional whisper from traders about a big boss from Sumatra who had the connections to ensure the wood kept flowing without interference from the Indonesian customs or police, but it was not until 2003 that we obtained solid information on the scale of Ali Jambi’s criminal enterprise.

EIA got wind of a massive ramin timber smuggling scam centred on the port of Pasir Gudang, in southern Malaysia. Posing as wood traders, EIA investigators gained access to the port and met with a shipping agent. He explained how 50,000 cubic metres of sawn ramin timber from Sumatra was arriving at the Free Trade Zone of Pasir Gudang a year. Paperwork was provided by the port authorities declaring the origin of the wood as Malaysia and it was then shipped onwards to buyers in Hong Kong and mainland China.

During the meeting, the agent revealed that the supply side of the syndicate was handled by one man – Jambi Lee, one of Ali Jambi’s many pseudonyms. The agent spoke in awe of Ali Jambi’s prowess as a timber smuggler; he called him “the ramin king”, earning his first million dollars by the time he was 30 and operating a fleet of 60 small wooden ships ferrying illegal timber from Sumatra. He was also said to hold a senior position in an organised crime gang.

By the end of 2004, EIA’s campaign to curb flows of illicit timber out of Indonesia was gaining ground. Indonesia had successfully listed ramin on the Convention on International Trade in Endangered Species (CITES), drastically restricting trade, and Malaysia has banned the import of logs from Indonesia. It seemed that Ali Jambi’s ramin smuggling business was on the wane. 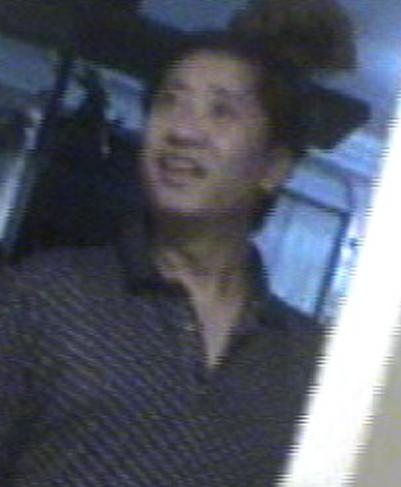 This was confirmed when EIA investigators tracked down one of his main sawmills in the province of Riau, Sumatra, in 2006. Although the site was inactive, a foreman revealed that the boss, called Jenggo (another of Ali Jambi’s names), had moved to Singapore and that his company was called Ramindo.

Using this clue, EIA discovered a Singapore-registered company called Ramindo Sukses Perkasa, with the director named as Hap Ali. We were moving closer to finding the true identity of Ali Jambi. The company records gave Ali’s address in a well-to-do suburb of Singapore and described him a Singapore Permanent Resident, status that can be bought for the right amount of money.

We still needed to be sure that Hap Ali and Ali Jambi were one and the same. While in Riau, EIA had obtained a mobile phone number for Ali Jambi from one of his associates on the pretext of wanting to discuss timber business with him. Subsequently, EIA investigators called and spoke to him on several occasions to try to arrange a meeting but each time he declined, saying he was no longer as active in the timber business.

In February 2007, an EIA investigative team travelled to Singapore to track him down. One of the team knocked on the door of the residential address of Hap Ali, as listed in the company records. Simultaneously, another investigator nearby rang Ali Jambi’s mobile phone. The door opened, the phone rang and we finally had a picture of Ali Jambi, caught on hidden camera.

The image and information were published in the EIA report The Thousand-Headed Snake. The report aimed to expose the abject failure of the Indonesian justice system to prosecute the main illegal logging bosses, using Ali Jambi as one of the examples. Contacts in Singapore have told us that after the report was released Ali Jambi lay low for a while but has since moved away from timber into other business sectors. 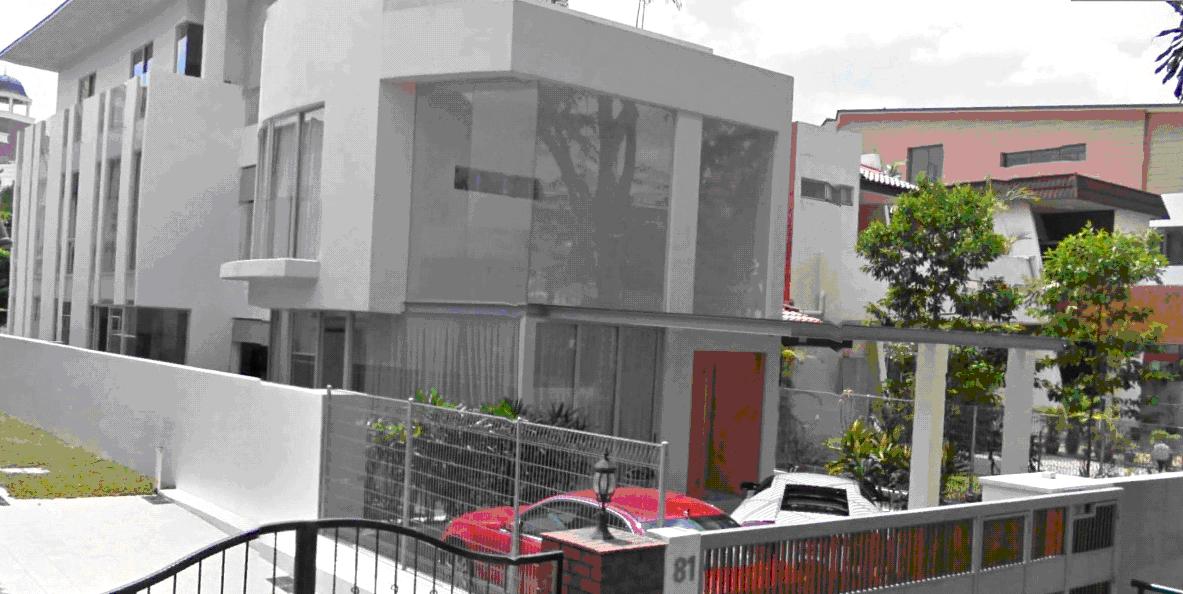 So what is he up to now?

He has obtained Singaporean citizenship and goes by the name of Tham Hai Lee, according to his ID card. He is still a director of Ramindo Sukses Perkasa, and also of a shipping company called Barlian Shipping and Trading, although he was involved in a civil dispute over this company with allegations of financial impropriety. His business interests are said to span shipping, real estate, sand mining and coal mining, and he is believed to travel regularly to Indonesia, usually entering via the free trade zone island of Batam. 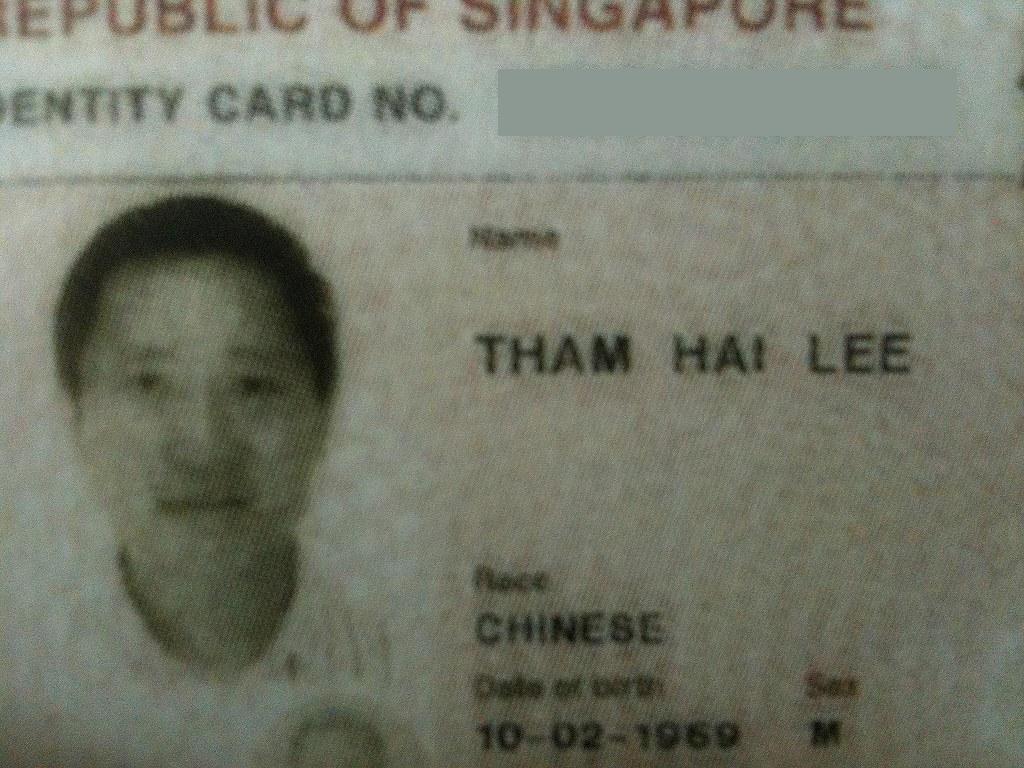 He seems to have prospered; his latest residential address is in an exclusive part of Singapore, where properties such as his are worth around $5 million. Living the high life built on ill-gotten gains from illegal logging, and untouched by Indonesia’s justice system.