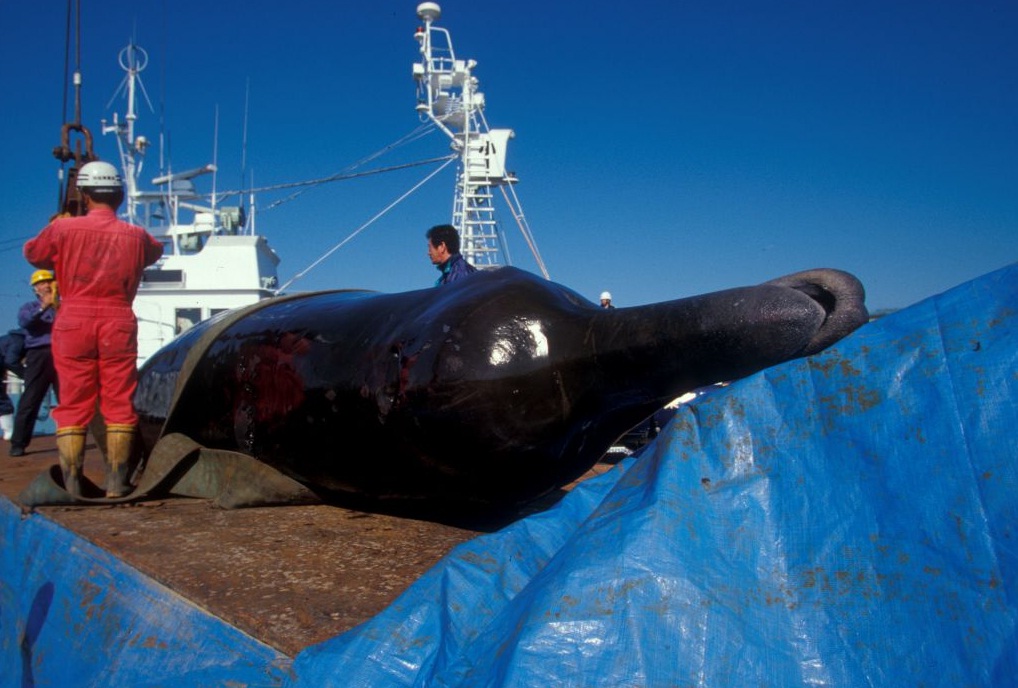 LONDON, UK: Hundreds of whale products are being offered for sale on the Japanese website of internet search engine company Yahoo!, according to a new report.

Killing for Commerce, released today by the Environmental Investigation Agency (EIA), in conjunction with Humane Society International (HSI) and the Natural Resources Defense Council (NRDC), details how Yahoo! Japan facilitates the sale of whale meat in Japan and how parent company Yahoo!, based in the USA, profits from the sales of products made from endangered whales.

“Yahoo! continues to ignore international outrage over the sale of whale and dolphin products via its Japanese website, even as it continues to profit from the slaughter of whales and dolphins,” said EIA Senior Campaigner Clare Perry.

Although Yahoo! has banned the sale of endangered and protected species from all other Yahoo! sites, EIA, HSI and NRDC are deeply concerned that the company has made no significant effort to persuade its Japanese subsidiary to end the sale of whale and dolphin products.

The report shows how Yahoo! Japan was in March found to be offering 249 whale products, including sashimi, bacon and canned whale meat, for sale on its fee-based sales and auction sites. That’s about 100 more listings of individual products than Amazon’s Japanese website was found to be selling when it was exposed earlier this year; in response, Amazon swiftly announced a ban on all such sales.

The report also confirms that many of the products are from internationally protected great whale species including fin, sei, minke, sperm and Bryde’s whale – all of which are protected under the moratorium on commercial whaling established by the International Whaling Commission in 1986 and have the highest level of protection under the Convention on International Trade in Endangered Species. In one example, despite the international trade ban, seven companies on Yahoo! Japan’s website were selling endangered fin whale imported from Iceland.

“Yahoo! should respect international laws rather than offering market access to those who want to profit from flaunting these protective agreements,” said Kitty Block, vice president of HSI.

Additionally, whale products sold via the Japanese website have been found to be harmful to human health. Previously, EIA-commissioned laboratory tests on 10 products purchased from the website confirmed dangerous levels of mercury contamination. Five of the products tested exceeded Japan’s guidelines for mercury levels in food for human consumption. One was 16 times the ‘safe’ limit.

“We appeal to Yahoo! to follow Amazon’s lead and stop the sale of all whale and dolphin products,” said Taryn Kiekow, staff attorney for NRDC. “By selling these products, Yahoo! Japan is condoning the slaughter of internationally recognised endangered and protected species. Whale meat is not only unsafe for human consumption, but is a travesty for the biological diversity of our oceans.”

EIA and its campaign allies are calling on supporters and consumers to protest directly to Yahoo! CEO Ross Levinsohn via email and social media.

2. Humane Society International (HSI) and its partner organisations together constitute one of the world’s largest animal protection organisations—backed by 11 million people. For nearly 20 years, HSI has been fighting for the protection of all animals through advocacy, education and hands-on programmes. Celebrating animals and confronting cruelty worldwide. On the web at hsi.org

3. The Natural Resources Defense Council (NRDC) is an international non-profit environmental organisation with more than 1.3 million members and online activists. Since 1970, our lawyers, scientists and other environmental specialists have worked to protect the world’s natural resources, public health and the environment. NRDC has offices in New York City, Washington DC, Los Angeles, San Francisco, Chicago, Livingston, Montana and Beijing. Visit at www.nrdc.org and follow on Twitter @NRDC.