A Tale of Two Terns 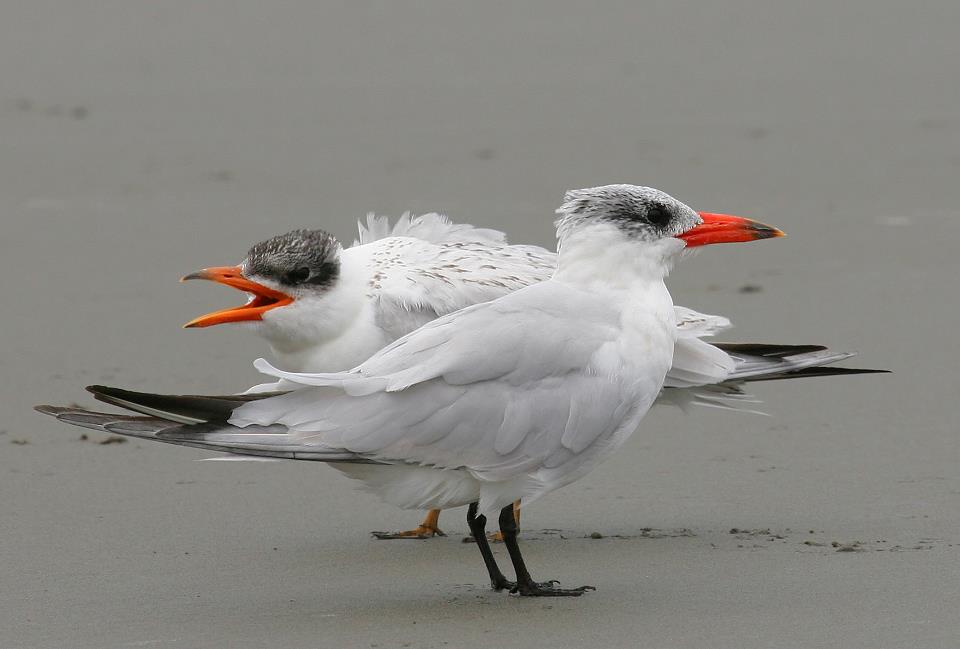 The Caspian Tern [Sterna caspia] is also sometimes known by it’s Maori name, Taranui.  It is the world’s largest tern with a length of 48–56 cm, and a wingspan of 127–140 cm.  Adult birds have black legs, and a long thick red-orange bill with a small black tip.  They have a white head with a black cap, and white neck, belly and tail.  The upper wings and back are pale grey; the under wings are pale with dark primary feathers.  They feed mainly on fish, which they dive for, hovering high over the water and then plunging down like misiles into the sea.  Breeding is in spring and summer; one to three pale blue green eggs with heavy brown spotting are typically laid.  They nest either together in colonies, or singly in mixed colonies of other tern and gull species.  Fledging occurs after 35–45 days.