The Western Black Rhinoceros has officially been declared extinct by the International Union for Conservation of Nature (IUCN), the world’s largest conservation network.

“Given the wildlife poaching taking place, lack of political will and conservation effort by Cameroon conservation authorities in the past, and increasing illegal demand for rhino horn and associated increased commercial rhino poaching in other range states, it is highly probable that this subspecies is now extinct,” said a statement on the IUCN’s official page for the animal. 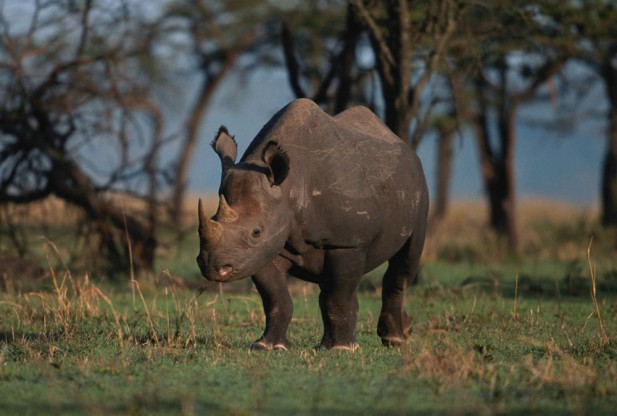 This year, the record of rhinos murdered in South Africa by poachers has been broken. This massive killing concerns the government and conservationists because if it continues, rhinos might be extinct the next decade.

At the beginning of October, 704 rhinos have already been murdered in South Africa, a lot more than the 668 who were poached on 2012.

Poachers kill the rhinos for their horn, and it’s sold illegally to the organized crime in the south of Asia where there is still the myth that it cures diseases.

China is the responsible of the 80% of the illegal traffic of rhino horn since 2009.

There are more Chinese immigrants in the south of Africa, the illegal market has grown and the commerce between Africa and China happens everyday.

Nowadays The Sumatra Rhino and The Java Rhino are critically endangered, their survival is compromised and humans are the only responsible.

Rhinos have been with us since 50 millions years ago and they have very important place in the ecosystem.

Humans are their only predators due to poaching for their horn for medicine, jewelry, habitat destruction and contamination.

Scientists and rangers assure that they have a very important role in the ecosystem balance because other species interact and share their habitat.

By protecting the rhinos, we are also protecting other species like birds, reptiles, fish, insects and plants. 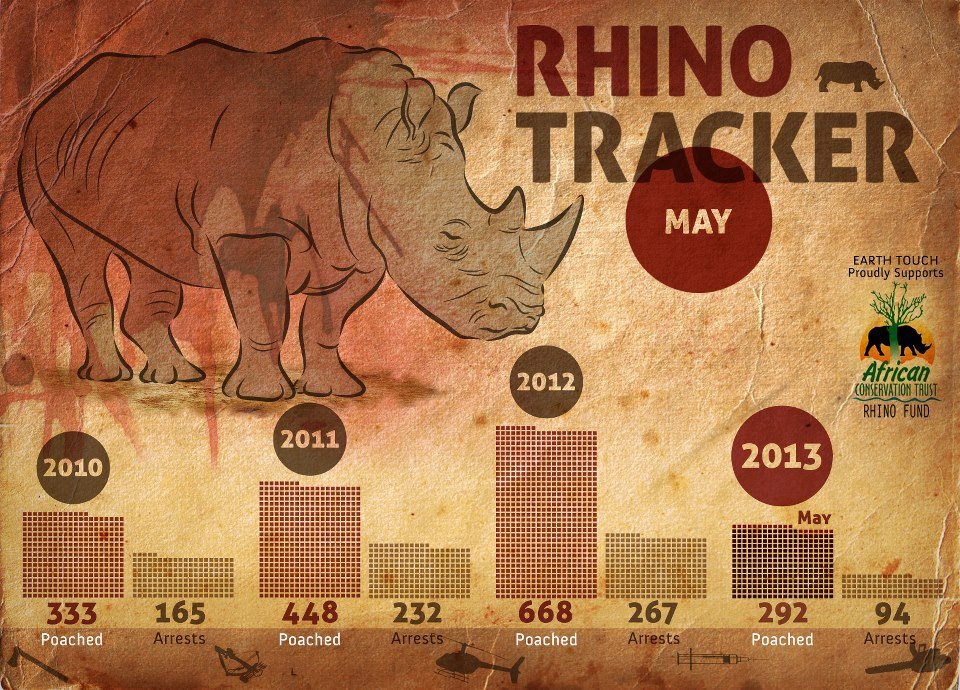 Every 11 hours a rhino is massacred for his horn, illegal poaching has increased and it’s value in the black market is excessive.

It’s a reality that nowadays people use rhino horn as medicine or jewellery; they are ignorant people who contribute to an illicit business and benefit criminals.

These amazing herbivores are massacred and abandoned to a slow and certain death. Just a few have been lucky enough to be found by rangers and cured; some of them sadly can’t be saved. Rangers also look after the little orphans whom loose their moms in a cruel and useless way.

The Asian market has an insatiable appetite for rhino horn.

Rhino horn is NOT A MEDICINE. The cure-all medicaments simply don’t exist. 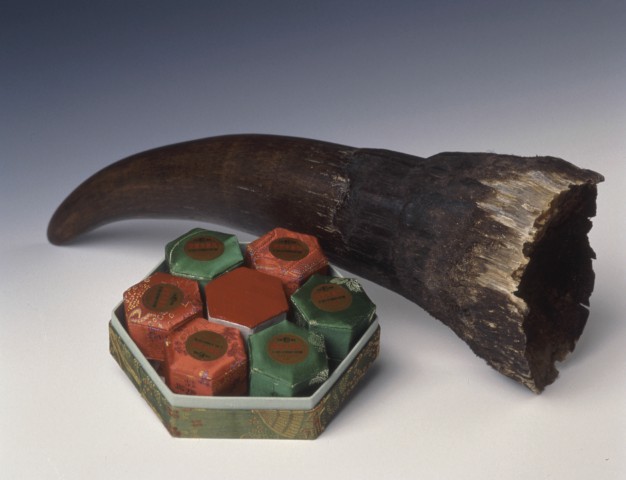 It’s scientifically proved that the rhino horn has NO curative properties. The horn contains keratin, it is non-digestive. Scientific studies have found that it’s even more harmful to people with cancerous tumours.

The only ones who benefit from the rhino horn trade are the traffickers, the illegal crime organizations, they take advantage of the sick people and fool them and make them waste time and money. Rhino horn is NOT A MEDICINE, is it’s completely ineffective.

The China Health Minister removed the rhino horn from the pharmacies in 1993, everything that it’s sold nowadays it’s ILLEGAL.

There are many alternatives in the modern Chinese medicine and the occidental.

The rhino horn as a medicine is a myth that needs to be left in the past.

Another study made by Hoffman-La Roche says that the rhino horn HAS NOT any medical effect; it’s not analgesic, anti inflammatory, antispasmodic or bactericide.

The only ones who pay a very high price for ignorance, myths and corruption are the rhinos.

We need them. Here are Interesting facts about rhinos.

Rhinos are great herbivores whose pregnancy lasts 15 to 16 months.

They have a great size, but still they have a very delicate skin and they are sensitive to the sun and insect bites, that is why sometimes they love to roll in the mud.

The biggest rhino is the White Rhino and the smaller is the Sumatran Rhino.

It’s a great myth that rhinos turn off fire logs of campers.

Rhinos have a limited vision, but their smell and hearing are very well developed.

Rhinos are wonderful animals and it’s our responsibility to assure its survival. 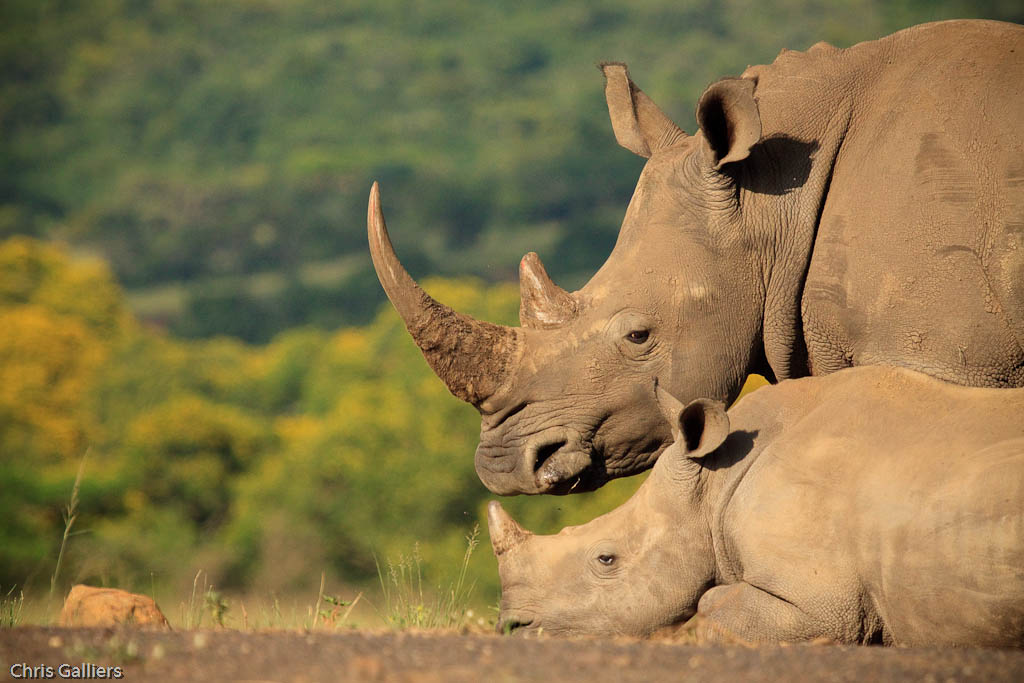 Illegal poachers won’t stop killing these animals while the rhino horn demand exists. It’s imperative to end this unless business.

There are many efforts made by the governments and conservationists, but still rhinos are been poached and their number keeps going down, so there are extreme measures been taken to protect this great mammals.

In some reserves they have dye and poison the horn to make it useless. It might seem as a strange measure but it is one of the ways to avoid the poachers’ interest, because they are only interested in their horns.

In the Dinokeng Reserve in Gauteng they have opted for injecting a pink dye and a mixture of pesticides to the horns, making it completely useless for the trade because is very toxic to humans. It’s harmless to the rhinos, even to the ox-peckers.

Dr. Charles van Niekerk and the landowner of Dinokeng created this technic.

Rhino horns are made by keratin, not bone, thanks to the biker of its anatomy it can be dyed form the inside. The procedure is completely painless and it’s performed with the rhinos sedated and in constant medical supervision because of their sensitiveness to the anaesthesia.

During the procedure they implant a microchip to have them monitored.

With this measure the horn is not useful anymore for the illegal rhino horn market. 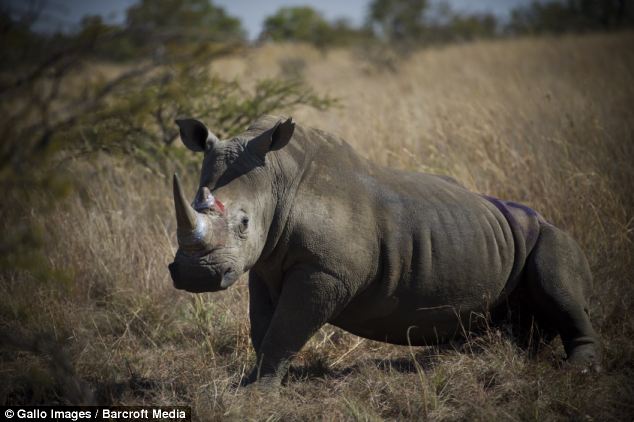 This kind of measures are very expensive and it’s almost impossible to make the procedure to every rhino out there in the reserves so the rangers still have a very important role in the protection.

There’s a 24/7 armed guards and rhino relocation if needed. 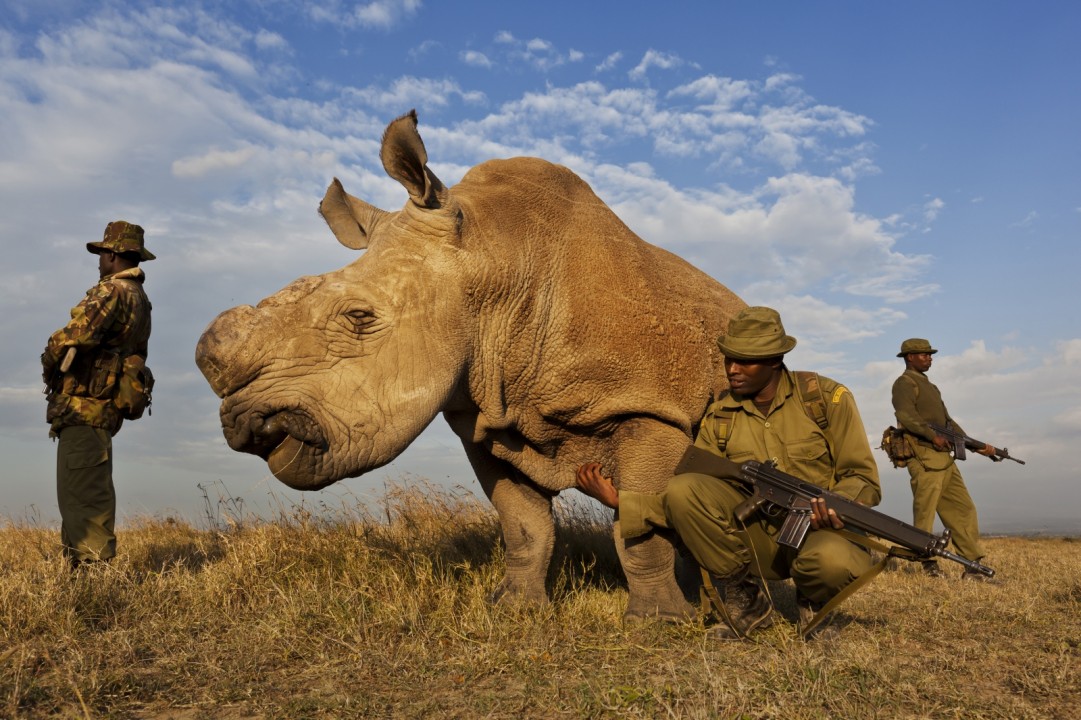 They use any kind of measure to protect them, by foot, helicopters or with drones.

Sadly the confrontations between poachers and rangers end violently.

There’s still too much corruption, the poachers buy even some rangers and veterinarians and the protection has become a very hard task.

Poachers keep attacking, but we are not willing to give up and we will keep fighting to keep them safe and keep the rhinos in the planet.

People need to understand the importance of their survival in the planet, if they disappear it will affect the whole habit and ecosystem.

Poachers will keep hunting and the illegal rhino horn trade will continue as long as there is demand.

Demand has to stop, RHINO HORN IS NOT MEDICINE.

PLEASE, DO NOT BUY RHINO HORN SUPPLEMENTS OR JEWELRY. Do not contribute to the illegal commerce and save the rhinos. 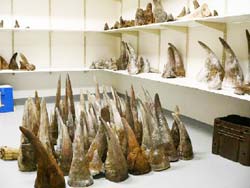 Conservation only depends on us. We only have one Earth, and all its inhabitants are part of it, we need them to have balance. 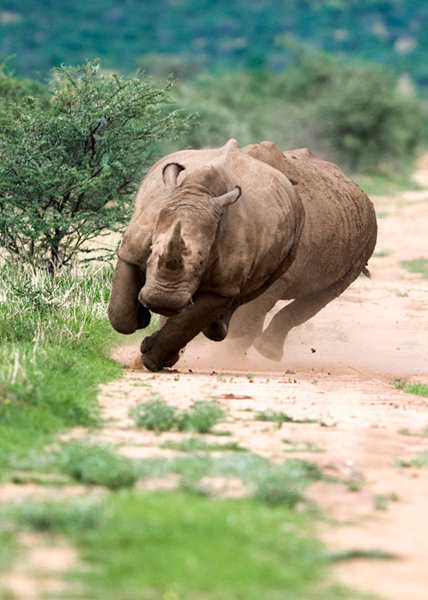