On February 7th while guiding some guests from the Fort Worth Zoo we decided to explore a nearby rocky outcrop where our local wilddogs have a den. We have an excellent rock outcrop that allows us to observe the den from a good distance without disturbing the dogs. We arrived around 7 am and we could see no wilddogs. 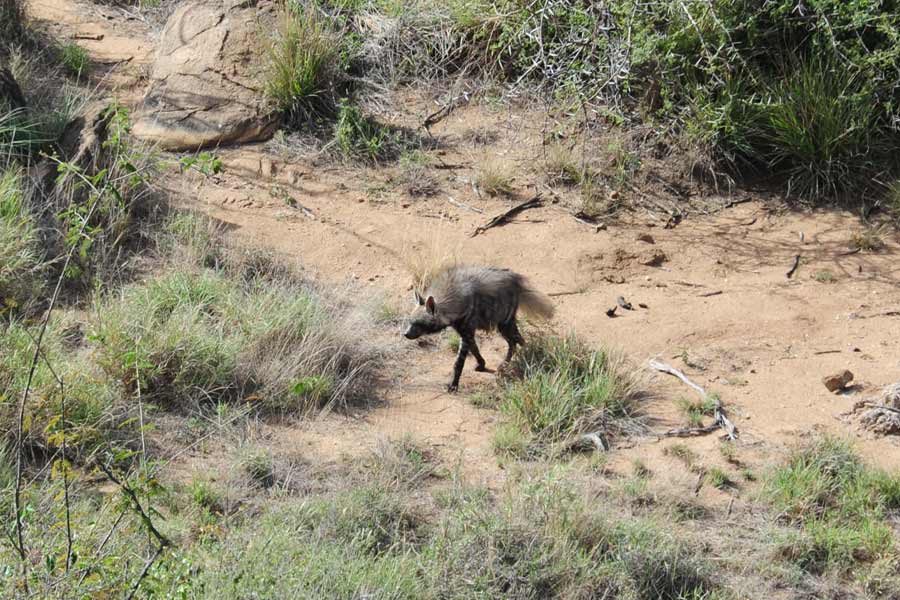 After about 40 minutes we saw 2 striped hyenas – strange since the dogs had taken their den from a pair of Striped Hyenas and if they were nearby they certainly would not tolerate their presence. The hyenas skulked around for a while until one got bold enough to get close to the den. 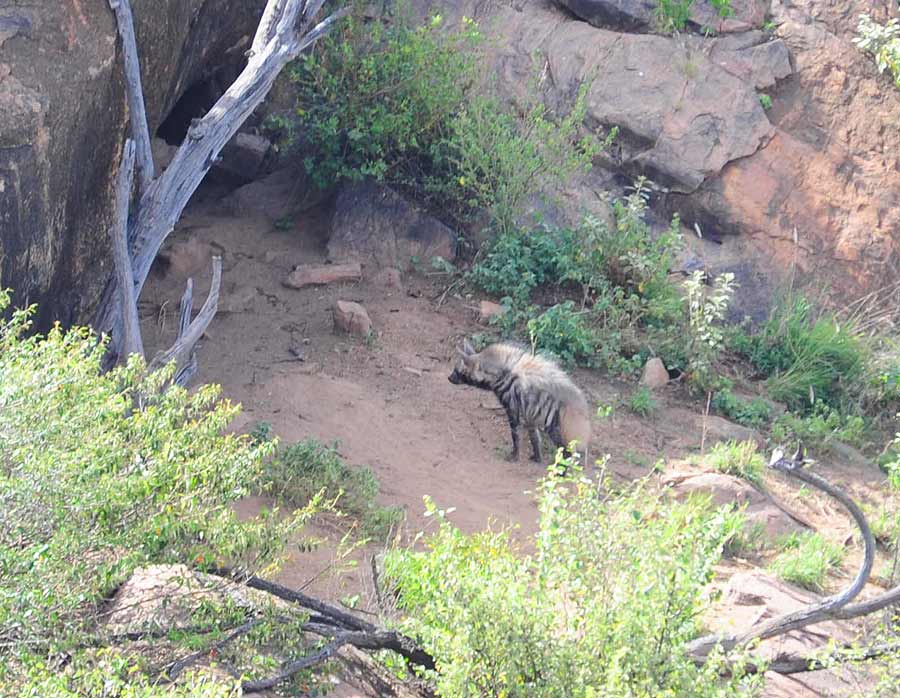 We took some pictures. But after nearly three hours we were ready to go. Just then our tracker noticed the wilddog puppies. All 5 were there playing at the entrance while the stripey continued to skull about nearby. Eventually he came to the mouth of the den and the pups retreated inside. Next the hyena jumps in after! We were shocked. We heard yelps and we assumed that he had killed them all. Later one of our rangers reported that three of the pups ran round and past him at the base of the hill far from the den. He had no way of knowing what we had observed. At one point the pups were calling like an adult does, I imagine saying , help! It was very sad and rather difficult to witness. 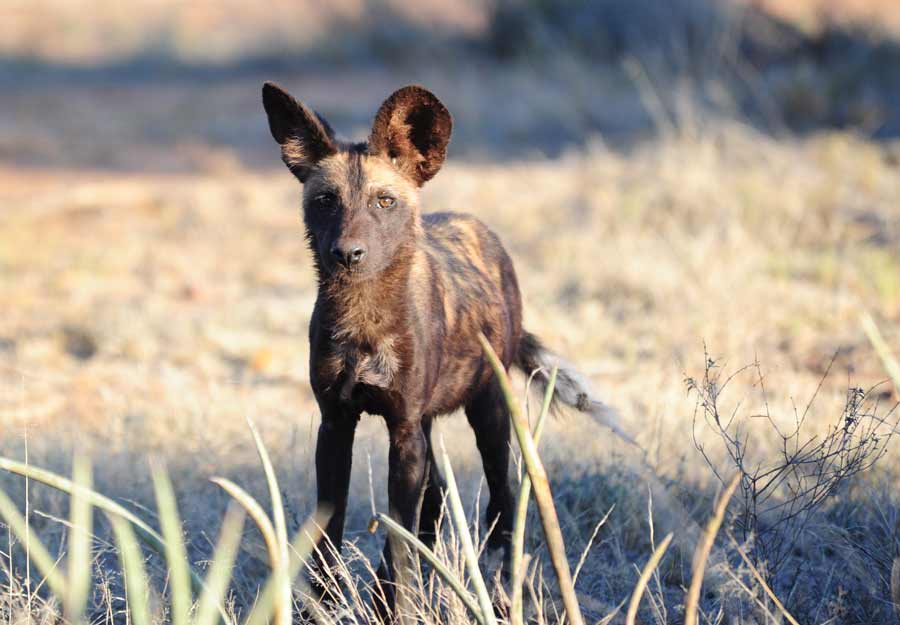 2 Days later we were told by our rangers that the wilddogs had finally returned and that they had miraculously found and reunited with 2 remaining puppies. We contacted Dr Rosie Woodroffe from the Samburu-Laikipia Wild Dog Project. Even she was shocked. She said that our observation was unprecedented and certainly not ever described in the academic literature. Here are some photos of the Hyena and then a few of the wilddogs after their return.